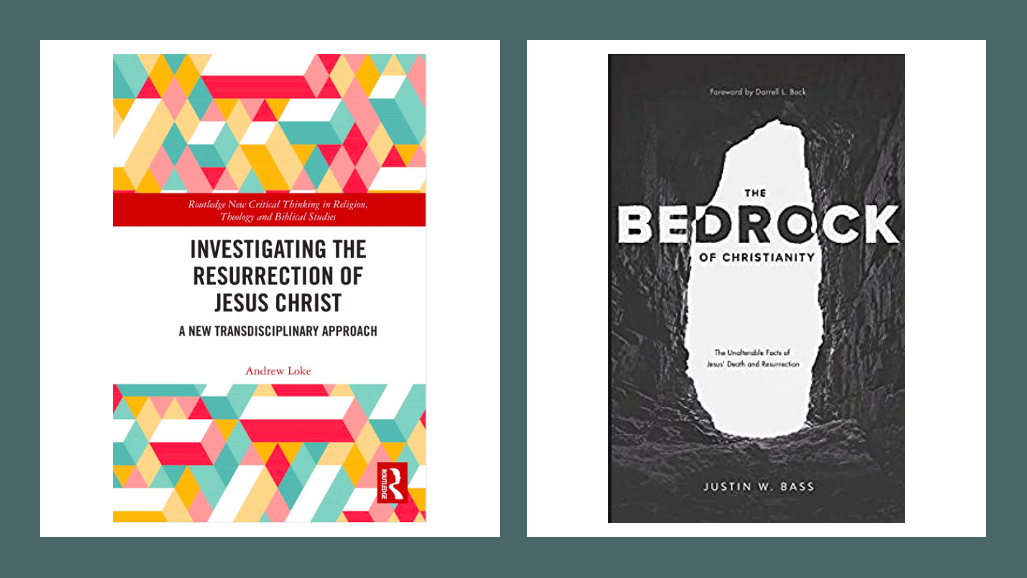 Two New Resources on the Resurrection (One is FREE)

Since I teach the class In Defense of the Resurrection at Talbot School of Theology (Biola), I am always looking for new quality resources that interact with scholarship on the resurrection of Jesus. Two new ones are out that you will want to know about.

By the way, I love that both of them are written by scholars outside the United States.

The first book is written by Andrew Loke, a graduate of Talbot, and published by Routledge, a leading academic press. It is free on Kindle and the PDF can be found at Academia.edu. I have not had a chance to read this book entirely yet, but based upon what I know of professor Loke, it will be an invaluable and original contribution to resurrection studies. Here’s a summary:

This book provides an original and comprehensive assessment of the hypotheses concerning the origin of resurrection Christology. It fills a gap in the literature by addressing these issues using a transdisciplinary approach involving historical-critical study of the New Testament, theology, analytic philosophy, psychology and comparative religion. Using a novel analytic framework, this book demonstrates that a logically exhaustive list of hypotheses concerning the claims of Jesus’ post-mortem appearances and the outcome of Jesus’ body can be formulated. It addresses these hypotheses in detail, including sophisticated combinations of hallucination hypothesis with cognitive dissonance; memory distortion; and confirmation bias. Addressing writings from both within and outside of Christianity, it also demonstrates how a comparative religion approach might further illuminate the origins of Christianity. This is a thorough study of arguably the key event in the formation of the Christian faith, and the basis of the Christian hope of eternal life.

The Bedrock of Christianity (Justin Bass)

The second book was just released by Justin Bass, professor of New Testament at Jordan Evangelical Theological Seminary: The Bedrock of Christianity. Bass debated Bart Ehrman on the divinity of Jesus in 2015.

If I were looking for one recent book that summarizes the state of resurrection studies–which is written at a beginning to intermediate level–this book would be it. It is an excellent introduction for those who want to understand how a case for the resurrection can be made based upon the scholarly consensus of basic historical facts about Jesus (the book is deeply influenced by the work of Habermas/Licona).

And yet there are also some insights for those who are already familiar with resurrection studies. For instance, as I pointed out in this earlier blog, Bass has a helpful comparison of the sources for “historical Jesus” and those for the “historical Buddha.”

Bass also addresses the claim that appearances of Jesus could be explained away as being like Marian apparitions. He points out that the first Marian apparition on record (1531) was to one person, Juan Diego, recorded roughly a century after the supposed event.

He also notes that this kind of appearance lacks the unexpectedness of the resurrection of Jesus. There are many instances of Christians throughout history having visions or dreams of saints or angels, so there is no surprise that eventually some Christians would claim that Mary the mother of Jesus appeared to them. But as NT Wright explains in The Resurrection of the Son of God, nobody was expecting appearances of Jesus immediately after his execution (p. 707).

Bass has many other helpful insights like this throughout his book.

Both of these are resources that apologists, theologians, and other thoughtful Christians should check out.