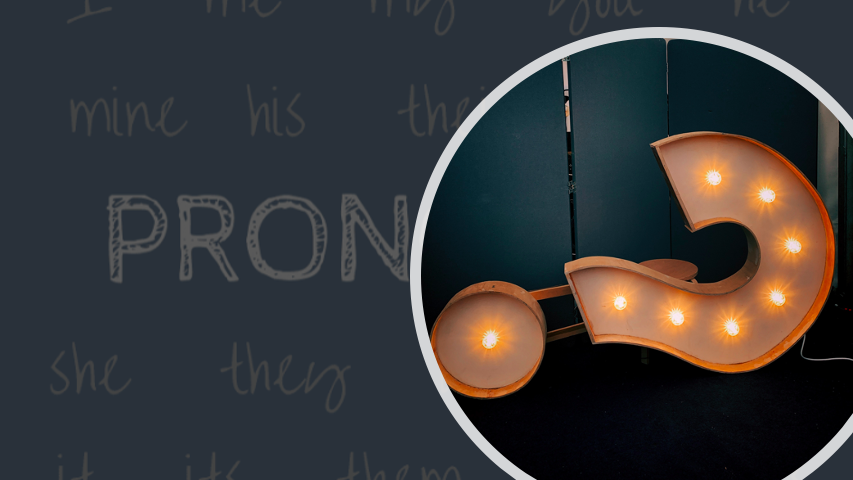 On the Use of Preferred Pronouns: A Response to Robert Gagnon

Robert Gagnon recently wrote a lengthy post in response to a 3-minute video I posted on YouTube: “Should You Use a Preferred Gender Pronoun? Quick Thoughts!” Let me start by giving some context. The video is a response to one of the questions I received in researching my upcoming book and curriculum series Chasing Love, which is the latest incarnation of the True Love Waits Campaign.

The video has an educational purpose of briefly introducing students to the Christian debate about using gender pronouns. Rather than advocating for one side of the issue, the goal is to introduce students to the differing views held by Christians so they can better understand the main thrust of each side of the debate.

Although we have never met, I have benefitted from Gagnon’s scholarly work for some time. In fact, I assigned his book The Bible and Homosexual Practice in my class on Christian sexual ethics at Talbot School of Theology. It is one of the most thorough and well-argued books on the topic.

Before addressing some of the concerns in his post, there are three key issues we share in common. First, that transgenderism is “abhorrent” (to use Gagnon’s word). Transgenderism is a worldview that aims to transform cultural understandings of sex and gender and is promoted through media, education, law, health care and so on. We both agree that transgender ideology harms people and is diametrically opposed to a Christian understanding of reality. And we have both spoken out against it. Gagnon thinks I am misguided on the use of preferred pronouns, but I appreciate that he calls me “a good man in Christ” and recognizes that we are on the same team against transgender ideology.

Second, that our goal should be to be biblical and loving. Being biblical is loving. Loving someone is always biblical. Biblical truth is what sets people free. We both agree there is a time and place to speak difficult truth, and that love requires us to do and say things that may burn bridges. Although we may differ over how to balance truth and love in regard to the use of preferred pronouns, we both agree that they always go together.

Third, I would not personally use a preferred pronoun for many of the reasons Gagnon cites. But where we differ, is that I don’t think it is always sinful for some Christians to do so. Interestingly, in reaction to Gagnon’s post, a few commenters referenced my father–Josh McDowell–with the implication that he would be disappointed in my position.

Without giving him any context, I called my father last night and asked if he thought it was ever permissible to use a preferred pronoun. After reflection, he said, “Yes. Do you want to win an argument, or do you want to win the person? Does God love that person? Yes. Can he save them just as they are? Yes. Can we do any less? The most important issue is their relationship with God.” He is willing to make a concession for the sake of the relationship with the bigger goal of sharing the gospel and then ultimately seeing transformation in that person’s life.

The place where Gagnon and I seem to differ is not the use of preferred pronouns (we have both said we wouldn’t), but if there is any room for other Christians to use them without being sinful. He seems to think that all use of preferred pronouns is sinful. I am hesitant to make that same judgment universally because I think there may be some circumstances where Christians may do so without explicitly endorsing transgenderism or capitulating biblical truth.

A friend of mine recently emailed me about an ongoing exchange he has with a person who is trans:

“I meet regularly with a M to F transgender. He grew up in the church, knows my views and beliefs and we've had met multiple times to discuss our differences. At one of our meetings, I asked him if was okay for me to use the pronouns he was comfortable with when I was around him not as a sign of agreement but as a sign of respect. He really was honored by that, even knowing that I will always think of him as male and use male pronouns when I talk about him when he's not around.”

In this relationship, it is clear that the intent is not endorsement but relationship. As long as this is understood on both sides, and intent has been clarified, I won’t condemn him for choosing to use a preferred pronoun in this fashion. As Faith Beyond Belief teaches in their Identity Project, the key is to earn the right to have a meaningful conversation on pronouns. If the person agrees to the boundaries above, as with my friend, then you are in a position to have further meaningful conversation. If not, then the conversation will be about whether we can disagree with each other and still be friends. Both conversations are valuable.

The reality is that there is debate within the church about the use of preferred pronouns. And it requires a lot of nuance. For instance, Gagnon believes that “use of gendered proper names is not an acceptable alternative to use of pronouns” and “there's not a dime's worth of difference between that and using a feminine pronoun.” In contrast, while he believes that calling a he a “she” is lying, John Piper believes that names are culturally arbitrary and that it’s fine to use a person’s chosen name, even if it’s considered feminine. Piper explains:

In one sense the names Sally or Jim are culturally arbitrary. We can name our kids whatever we want. We can name them after cars or planets or Greek virtues or Grandma. Calling someone by that arbitrary name their parents chosen or the one they choose halfway through life may not imply agreement with all that that name was created to signify by the person.

So, if I had a neighbor next door to me, which this is very feasible, who was biologically male, and everybody knew it, and he introduced himself to me as Sally — if I met him for the first time, and I saw him the next day, I might avoid calling him anything, but I would probably default to Sally. I probably would until there was a relationship that would go deeper to see whether I could be of any help. So that is one concession I am going to make because of the arbitrary nature of names. And then it is going to get a little more dicey and divisive.[1]

Gagnon believes it is a lie to use a gendered name. Piper believes it can be a fair concession, at least for a time period, for the sake of the relationship. Other Christians, such as my friend above, carefully negotiate the terms of the relationship so that they are not explicitly endorsing transgenderism or lying. Can we see how difficult this issue is? And can we see why it requires some charity?

Gagnon expresses concern about what “pronoun hospitality” will lead to. He asks, “Should the church authorities allow a man who identifies as a woman to enter a woman’s restroom?” Easy answer: No. My approach is geared towards helping Christians navigate personal relationships, not church policy. Refusing to condemn Christians who thoughtfully choose to use preferred pronouns in relationship is not a step towards allowing boys into girls’ locker rooms.

At the end of his post, he says, “Some will claim: Well, that's not a very ‘charitable’ position because this is an ambiguity over which faithful Christians should be able to agree to disagree. That's the same kind of misguided narrative I have been hearing for decades in the PCUSA. And look at where that got them.” While I share Gagnon’s concern about compromise in the church, this is a slippery slope fallacy. Neither Piper, me, nor my father are about to go the way of the PCUSA. It’s not going to happen.