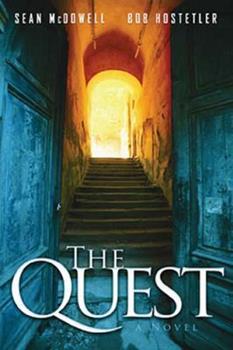 A single phone call launched twenty-three-year-old Emma Seeger on the journey of a lifetime. And it turned out to be a more dangerous and more consequential journey than she could have imagined ... or feared.

The call was from the woman Emma despised most in the world her father's wife, Emma's stepmother, a woman who had taken away Emma's father. Not once. Not twice. Three times. She had turned Daniel Seeger into a born-again Christian, married him, and dragged him off to Israel, where they worked as some sort of missionaries. It was an occupation Emma viewed as misguided, if not outright dangerous.

Now, Emma learns, her father has disappeared in the midst of escalating political tension and violence. After early efforts to find him prove fruitless, Emma launches out on an odyssey filled with adventure, frustration, danger, and an unlikely partner her stepmother Katya, whose faith alternately repulses and intrigues Emma. Their conflicting personalities and competing beliefs could even endanger the success of the one thing they have in common: their shared goal of finding Daniel and returning him to safety.

Will they come together to rescue him before it is too late? Or, will their greatest fears be realized?