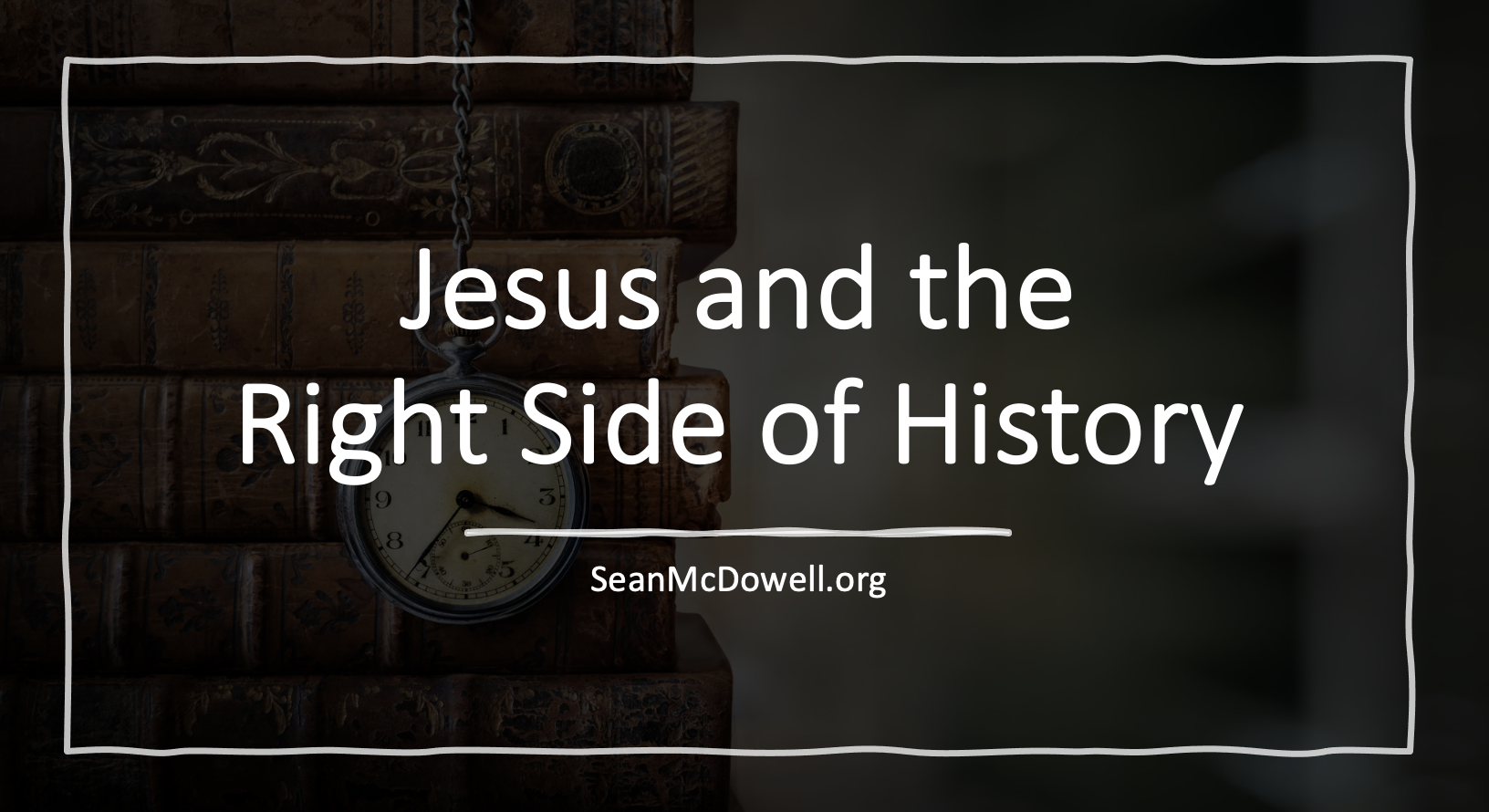 Yes, Jesus Cared about the "Right Side of History"

When it comes to supporting same sex marriage, becoming anti-racist, and a host of other contemporary moral issues, conservative Christians are often admonished to get on the “right side of history.” The idea, of course, is that culture is progressively moving forward, and that conservative Christians better get with the program.

Is there some merit to this concern? How should conservative Christians respond? To address these important questions, let’s briefly consider two examples of how Jesus approaches the nature of marriage.

In Matthew 19, Jesus was asked his view on divorce. The Pharisees wanted to know under what conditions he would approve divorce. Would he take the liberal position of Hillel or the conservative position of Shammai?

In response, notice what Jesus didn’t do. He didn’t gauge where culture might be going and then adapt his message to be sure he was “on the right side of history.” Rather, he pointed back to God’s original design for marriage in Genesis 1-2. His primary concern was not the reception of his message on divorce, or how difficult it might be to follow, but being faithful to God’s original intent for the family.

Jesus and Marriage in Heaven

But this is not the end of the story. In Matthew 22, Jesus is asked a question about the future state of marriage. The Sadducees ask him a question: If a man has multiple wives in this life (through levirate marriages), who would he be married to in the resurrection? Their goal was to show the seeming absurdity of the future resurrection.

In response, Jesus says, “For in the resurrection they neither marry nor are given in marriage but are like angels in heaven” (v. 30). In other words, marriage is for this life. The man would not be married to any of them in the resurrection as he would become part of the church who is the bride of Christ (Revelation 19:7). As Paul explains, marriage in this life serves as an icon pointing to the mystery of our future relationship with Christ in heaven (Eph. 5:32).

In his views on the lasting nature of marriage, Jesus points forward to our heavenly state.

The Past and the Future

If we take these two passages together, it is clear that Jesus believed we should think about marriage in terms of both the past and the future. We should look back to God’s original design as described in Genesis, and look forward to our future heavenly state as described in Revelation. Thus, both the past and the future should inform how we think about the nature of marriage.

So, yes, Jesus cared about the direction of history. But he had a different view of what it meant to be on the right side of history. He was not concerned with the alleged direction culture was headed. He cared about God’s original intent for marriage and how God would sovereignly direct history into the future.

Here’s the bottom line: When it came to the nature of marriage, Jesus looked to God as his guide rather than the whims of culture.

As Christ-followers, shouldn't we do the same?