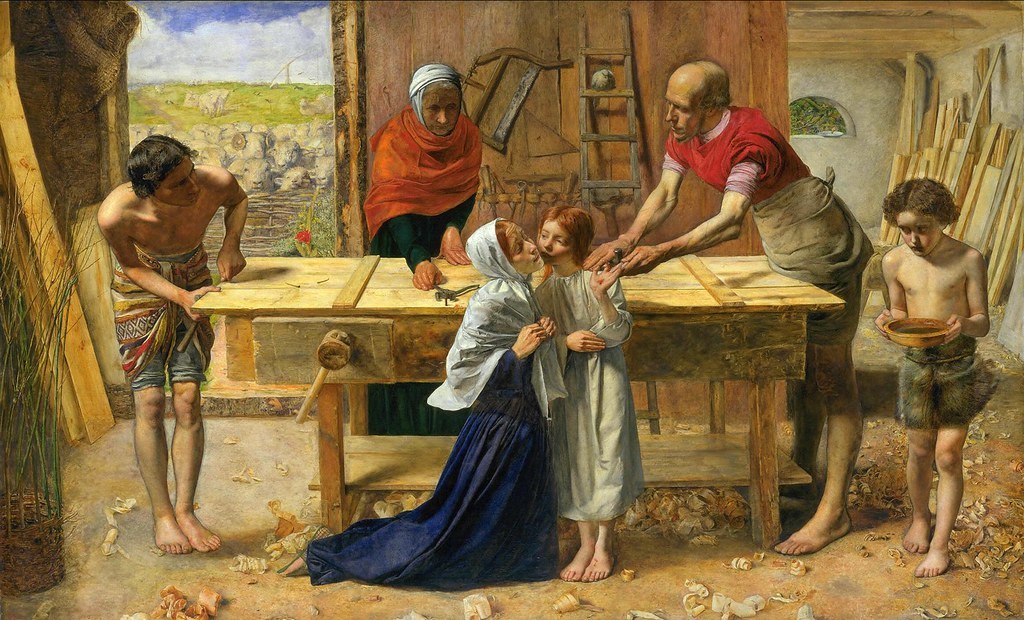 What Was It Like for Jesus to be a Carpenter?

Have you ever wondered what it was really like for Jesus to be a carpenter? What did a carpenter really do? How much money did he make? How did he learn? And how might this have helped him as a preacher? Let’s explore these questions one by one.

What did a carpenter do?

The Greek word commonly translated as “carpenter” in the Gospels is tektōn, which means builder or carpenter. In her fascinating monograph Papyri and the Social World of the New Testament, Dr. Sabine R. Huebner explains what these kinds of carpenters would do:

“Tektōnes built not only roof structures for houses, but also other wooden structures such as oil mills, furniture, wagons, chariot wheels, and also barges and boats. Mechanized wooded water wheels were constructed by carpenters…Perhaps the carpenter also handled the production of wooden doors and windows, since, apart from roof structures, doors and windows were the only parts made of wood in mud-brick buildings in Roman Egypt. Together with other builders, the carpenters also built towers, storage facilities, military defense walls, bridges, and siege machines.”

How much did a carpenter make?

Ancient writers gave little attention to the working class since the ideal of the Greco-Roman elite was leisure. But we do have some papyri from Egypt that include private letters, leasing contracts, and census entries that help.

A carpenter’s wages are mentioned in a lease agreement for an oil mill. In this account, a carpenter earned 50 denarii a month, which is a much as a mason and twice as a shepherd, water carrier, or unskilled day laborer (Huebner, p. 67).

Since a carpenter worked largely outside, income may fluctuate with the seasons. While we don’t know exactly how much Jesus would have made as a carpenter, the Gospels present him as part of the working, middle class of his day.

How did Jesus learn to be a carpenter?

Sons typically followed the profession of their fathers. Since his (step)father Joseph was a carpenter, Jesus likely learned the craft from him. Working as a carpenter was a challenging and multifaceted profession, so it probably entailed a six-year apprenticeship, which typically began sometime between 10 and 13 years of age.

How did being a carpenter help Jesus in his ministry?

The life of a carpenter during the time of Jesus was quite mobile. Most carpenters traveled from construction site to construction site, along with other skilled craftsmen, and did not work primarily in their home village.

Jesus may have been accustomed to leaving Nazareth and traveling to various provinces along the Sea of Galilee long before becoming a traveling preacher. From a young age, he might have traveled with Joseph throughout Galilee, working on different projects, and thus becoming familiar with the land he would eventually travel through as an adult.

Check out More Than a Carpenter (by Sean and Josh McDowell)