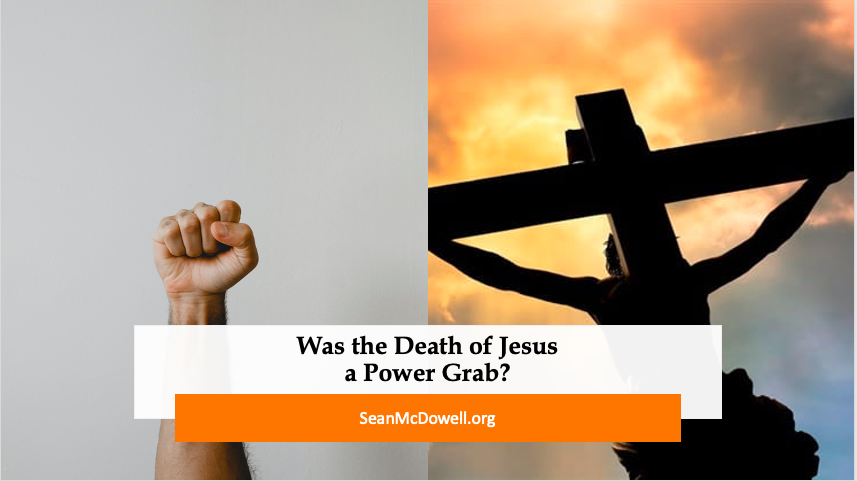 Was the Death of Jesus a Power Grab?

There is a lot of discussion about power right now. Who really has it? What should be done with it? How is it being abused in the present and how has it been abused in the past?

Recently, I encountered a skeptic who claimed that the death of Jesus was a strategic move to gain power and thus it cannot be considered a “real” death. “The crucifixion of Jesus,” he claimed, “was a necessary step towards his being worshipped for eternity. A few hours of torture for an eternity of power and worship sounds like a good deal.”

For starters, I wonder if he really understands how horrifying, excruciating, and degrading crucifixion really was. Crucifixion was designed to caused maximal pain and utter humiliation. I am not sure I would trade crucifixion for any selfish gain.

But more importantly, Philippians 2:5-11 helps put the death of Jesus in proper perspective as it relates to power:

Have this mind among yourselves, which is yours in Christ Jesus, who, though he was in the form of God, did not count equality with God a thing to be grasped, but emptied himself, by taking the form of a servant, being born in the likeness of men. And being found in human form, he humbled himself by becoming obedient to the point of death, even death on a cross. Therefore God has highly exalted him and bestowed on him the name that is above every name, so that at the name of Jesus every knee should bow, in heaven and on earth and under the earth, and every tongue confess that Jesus Christ is Lord, to the glory of God the Father (ESV).

First, notice that Christ humbled himself, but God the Father exalted him. Jesus’ task was to be obedient to the Father and to humble himself. Jesus was passively obedient, and God actively raised him. Jesus was not glorified for some great human accomplishment, but because of his humility.

The Cross and the Character of Jesus

Second, Scripture describes the cross as a defining characteristic of his identity. In his final prayer with his disciples before his arrest, Jesus asks God to glorify him through his death, which means to portray his ultimate character to the world. Jesus not only revealed his true character to the world on the cross; he carries that defining trait into eternity. This is why Jesus is described in Revelation 5:6 as the lamb standing “as though it had been slain.”

In his book on the life of Michel Foucault, Christopher Watkin explains the radical subversion of power that Jesus modeled in his life and death:

Christ sets a new pattern for the exercise of authority and power: the master, the one in authority, is the one who looks, not to his own needs, but to the needs of others…Abusive authority is subverted from the inside by attacking its binary structure, rather than from the outside by changing the labels on the positions within the binary structure. The master is not overthrown; the master becomes (and remains) the servant.

The Radical Example of Jesus

The death of Jesus was not a power grab. It was a radical subversion of the power of ancient Rome, and the way power is often abused today (sadly, by many in the church). As Christians, we must wrestle deeply with the example Jesus left us about how to rightly use power.

If you are looking for some more reflections about Jesus and the use of power, check out my interview with Kyle Strobel, co-author of The Way of the Dragon or the Way of the Lamb: Searching for Jesus’ Path of Power In A Church that has Abandoned It.