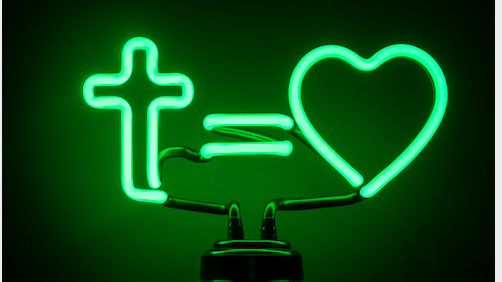 Was Jesus a Sexual Progressive?

Given that the greatest commandment is to love God and love others (Mark 12), wouldn’t Jesus be okay with a range of different kinds of romantic relationships if they were motivated by love?

My progressive Christian friends think so. But I’m not convinced. While Jesus showed unparalleled love and grace towards sinners–such as the woman at the well–Scripture indicates that he did not move in a progressive direction on issues of sex and marriage. In fact, he moved in the opposite direction.

First, Jesus addresses adultery in the Sermon on the Mount. A progressive position would move towards greater allowance for divorce. But this is not what Jesus said. He famously said, “You have heard that it was said, ‘You shall not commit adultery.’ But I say to you that everyone who looks at a woman with lustful intent has already committed adultery with her in his heart.”

Rather than lessening the requirements of the commandment against adultery, Jesus made it stricter. According to Jesus, adultery is not merely the physical act of having sex with someone who is not your spouse but includes entertaining thought of adultery in the heart. Sheesh.

Essentially, Jesus is saying that if someone wants to commit adultery because of lust in the heart but does not do it out of self-interest (get caught, lose a job, get pregnant.), that person is just as morally culpable of breaking the commandment as the person who acts it out.

Jesus moves the seventh commandment from the act alone to a more restrictive position that includes the disposition of the heart.

Second, the Pharisees want to know on what grounds Jesus might permit divorce. Would Jesus adopt the Hillelite “liberal” view, in which a man could divorce his wife for burning his bread, or the more conservative Shammaite approach? Although they differed over the grounds, both schools granted the man a right to divorce his wife

Rather than defending a particular position, Jesus shifts the issue from the right of divorce to God’s original design for marriage. Jesus cites Genesis 1:27, which indicates that God made mankind male and female. And he also cites Genesis 2:24, which emphasizes that marriage is meant to be a permanent, one-flesh union.

Rather than pointing forward to some new ethical commandment of “love,” Jesus points back to God’s original design for marriage as a permanent, sexed union. While Scripture may have allowed divorce as a concession to human weakness, Jesus affirms that God’s original intention for marriage should be the overriding principle. God is the one who brings spouses together, according to Jesus, and so humans should not tear them apart.

As with the nature of adultery, Jesus affirmed a restrictive view on the issue of divorce. Was Jesus gracious, loving, and merciful? Of course. No question about it.

But when it comes to sex and marriage, Jesus was not progressive.

If you’re looking for a resource to help students approach sex, marriage, and relationships from a biblical perspective, check out my latest book, which you can pre-order here: Chasing Love: Sex, Love, and Relationships In a Confused Culture.