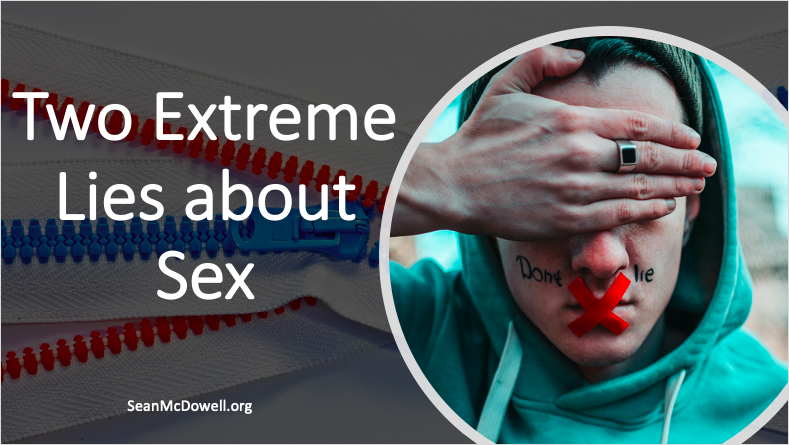 It’s no secret that our culture sends mixed messages about sex. While there are many myths perpetrated today in music, social media, movies, and our educational system, the wise person will avoid two extremes.

One of the goals of the sexual revolution was to demystify sex, to claim that it is no different than any other physical activity. I remember hearing one activist say that sex is similar to having a drink of water (I’m not sure what water he’s drinking, but I digress!).

The #MeToo movement has put this lie to rest. While physical abuse is horrific, there is something deeply hurtful about sex abuse. In my interview with Rachael Denhollander, the woman who publicly accused USA gymnastics doctor Larry Nasser of sex abuse, she shared how the pain from sex abuse is often comparable to PTSD from being in war.

There is something about sex abuse that makes someone feel especially violated. We know that sexual activity is meant to be consensual. The thousands of #MeToo testimonies affirm that we know sex means something.

Consider another example. In an interview for his role in the movie Passengers, Chris Pratt was asked how he cared for his co-star Jennifer Lawrence during the sex scene they filmed for the movie. If sex means nothing, why was he asked about this scene? Why not ask about the scene when they shared a drink? Jennifer Lawrence got herself drunk for the filming of one scene of that movie. Guess which one? The sex scene.

We know sex is nothing like drinking a glass of water. We know it means something. It’s a lie to claim sex means nothing.

Sex is everywhere. Music. Netflix. Social media. Educational system. And so on.

The Bible teaches that sex is a good gift from God. It’s a blessing (Genesis 1:27-28). And it’s meant to be enjoyed between a husband and wife in marriage (Song of Solomon). But sex is not the key to happiness.

God made us to be in relationship with Him and with other people. According to Jesus, the greatest commandment is to love God and love other people (Mark 12).

Sex is not everything. Relationships are.

Don’t buy the lies. Sex is not everything, but it does mean something.

If you’re looking for a biblically-based and timely resource on sex, love, and relationships, check out my latest book for students: Chasing Love: Sex, Love, and Relationships in A Confused Culture. Pre-order now and we will send you three exclusive interviews with James Dobson (founder of Focus on the Family), Richard Ross (founder of True Love Waits) and Josh McDowell (founder of Why Wait?)