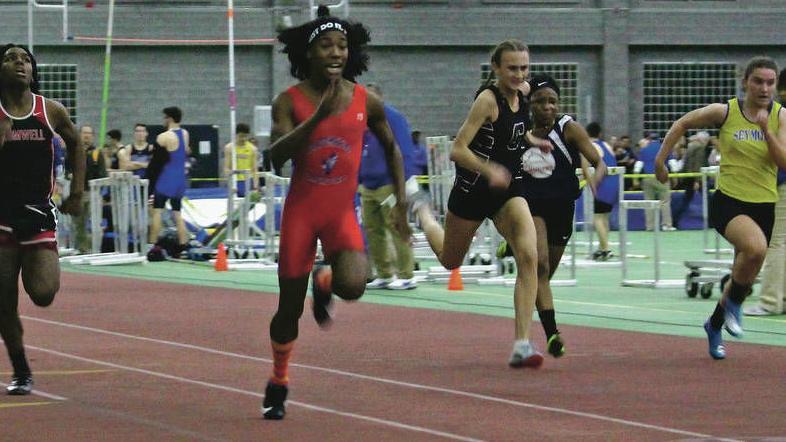 Recently I met Dr. Gabriel Higerd, a transgender sport policy researcher, who completed a fascinating doctoral dissertation: “Assessing the potential transgender impact on girl champions in American high school track and field” at the United States Sports Academy. He is a certified strength and conditioning specialist, father of six, and was an adjunct professor of Exercise Science at Azusa Pacific University, and an Army Officer.

I was able to ask him a few questions about his research. Please consider sharing it with a friend.

SEAN MCDOWELL: Transgender sport policy is a hot topic: Why is it so much in the headlines?

DR. GABRIEL HIGERD: Recently Joe Biden tweeted, "Let's be clear: Transgender equality is the civil rights issue of our time. There is no room for compromise when it comes to basic human rights." In his first week in office, President Biden began to make good on his proposition by signing an executive order that directs his administration to carry out his uncompromising vision. In it, he states, "Children should be able to learn without worrying about whether they will be denied access to the restroom, the locker room, or school sports."

This executive action comes in conjunction with Democrat efforts in the House and Senate to pass the Equality Act. The Equality Act would codify gender identity as a protected class in law and make any restrictions in transgender access, ostensibly even sports restrictions, illegal. Presently, there is a flurry of legal pushback, ranging from Title IX lawsuits on behalf of girls, to state female classification protections adopted in Idaho and advancing in more than a dozen other states. The conflict makes it the hottest topic in sports today.

MCDOWELL: Are the implications of the progressive policy and legislation being considered?

HIGERD: Race, as a protected class, has far-reaching applicability. Similarly, those wanting to make gender identity a protected class by way of the Equality Act, seek far-reaching applications. The law would encompass competitive high school and collegiate sport in America. It would likely be unlawful for there to be any restrictions to access based on one's gender identity. Meaning, the girls' classification, which has enjoyed protections of its own, would be open to all persons - male or female - who declare that they are a girl or woman.

Under such a scenario, even requirements for undergoing testosterone suppressing cross-sex hormone therapy would be illegal. Schools and athletic governing bodies are likely to find themselves in a bind until this gets worked out in the courts. Either they can limit trans inclusion in girls’ sport, and in doing so, face potential trans lawsuits and the wrath of the federal government. Or, they can allow unrestricted access to the female classification, and face lawsuits from women and girls demanding protection of their own classification. A "heads I win, tales you lose" situation.

MCDOWELL: What is the basic controversy/issue at stake?

HIGERD The two prominent positions in the conflict can be broadly summarized as being competition-focused versus inclusion-focused. For the transgender advocate, what matters most is a transgender athlete's liberty to self-identify, and furthermore, be treated equally as female in all of society. The head of the National Federation of State High School Association has said "[it] is not about the winning and losing. It's about the successful development of these kids, . . . a much bigger issue than someone not getting a medal or a place in a race. Much bigger issue." This viewpoint is indicative of an embrace of autonomy over ontology; self-determination and the ability to make one's self is of supreme value.

On the other side, are those who value the ability of biological females to participate in fair and meaningful competition. We affirm that no variable matters more than testes and testosterone to sport performance, and that there must be a protected space for female athletes to have meaningful competition and win; ontology trumps autonomy. Ultimately, what is being played out is a battle between claims of objective truth vs. subjective relativism.

MCDOWELL: What are some of your findings regarding differences between the sexes: How different are we?

HIGERD: The differences are massive. Every year, the sprint times of the fastest women in the world are beaten by thousands of high school boys. My study included nearly one million high school performances in track and field, from five states (CA, FL, MN, NY, WA), in eight events, over three years, and found zero overlap at the top of the classifications. A massive number of boys are always better than the best girl. The differences are quite stark. The average girl would be beaten by 93%-97% of the boys' field. The average boy would beat 94%-98% of the girls' field. The number of boys in each event that are better than the best girl in the state numbers is in the hundreds, if not thousands.

The closest example of parity in my study occurred when the best girl in the long jump in the U.S. in 40 years, was “only” beaten by 79 boys, just in her state, that year. The centerpiece of my study was a statistical simulation that determined the probability of transgender champions in girls sport, if the goals and estimates of the transgender advocates were realized. The findings reveal a 81%-98% probability of transgender dominance at the state level.

MCDOWELL: What are some of the worldview issues facing thinking Christians on this topic?

HIGERD: We are called to speak the truth in love; not compromising on either front. Science and truth are God's work, so sharing scientifically verifiable differences and embracing the beauty of God's bimodal design for humans points back to Him. At stake is the protection of women, as well as celebrating the differences in the created order, both things that should concern gospel minded Christians. The tone and objective of our arguments are critical. Are we being ruthless with ideas, yet gentle with people? Adding to the dynamic of the topic is the linguistic minefield.

The cultural demand is that we use "transgender woman" or "cisgender man" to reference the same person based on their subjective feelings. I spent eight pages discussing definitions alone. We should resist bending our tongues (and thus the arguments) to the latest woke standards of acceptable speech on the issue. But, reasonable care should be taken to not enflame resentment and turn off of ears and minds to what we have to say. We should also proceed humbly, recognizing the need for further research and that some genuinely difficult situations do exist, such as when the dominant women's world champion has naturally occurring external female parts, but internal male parts (testes).

MCDOWELL: In what way is their opportunity for the Gospel to shine through in this topic?

HIGERD: There are some exciting opportunities for gospel outreach. In a surprising twist, like the elves and dwarves of middle earth, Biblical Christians and radical feminists are joining forces. There seems to be an outpouring of interest in objective truth from a demographic that has long rejected it. God's design of equal, yet distinctly different human beings (they would not phrase it that way), is being embraced from some unexpected advocates.

Many in the feminist movement only are aware of a mythical straw-man Christianity; few have seen the real thing. Many have been burned individually or collectively by men. In talking to them, they are shocked that I am interested in helping women. Clearly, there is the opportunity to demonstrate Godly manliness on the part of Christian men in particular. These women are finding no one on their side in the ruling class of national politics, the creative class, academia, or corporations. For them, The Alliance Defending Freedom has morphed into the good guys, and the ACLU, Human Rights Campaign, and the Democratic party are in the doghouse. Gospel minded Christians can build enormous goodwill by standing up on this issue. Peeling off the scales of moral relativism may be the first step God is using to capture the hearts of many.