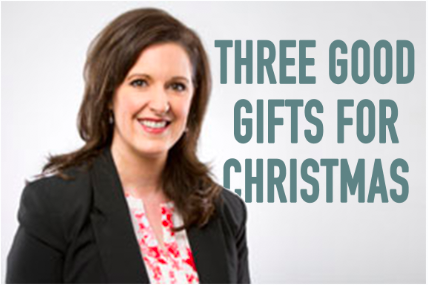 Mary Jo Sharp is a friend of mine and the author of a fantastic new book: Why I Still Believe: A Former Atheist’s Reckoning with the Bad Reputation Christians Gives a Good God. Check out her guest blog, and consider getting a copy of her excellent book!

I remember one Christmas in my childhood when there was one gift I wanted more than anything: an E.T. doll (from the movie E.T. the Extra-Terrestrial). I typically didn’t receive expensive gifts because my family had limited means in those years. The goodness of that gift, knowing that my family couldn’t afford much, was an extravagance I’ve never forgotten.

The doll was also a reflection of a greater gift given to me by movie director Stephen Spielberg and soundtrack composer John Williams: the gift of goodness in the world. The movie E.T. was a unique story of extra-terrestrials coming to our world, not to harm us, but to learn about us because it was an inherently good thing to do. There was an overt theme of the goodness that is found in the universe. During this time of advent, we can reflect on God’s gift of goodness.

The advent season is upon us and it directs our attention to the story of Jesus’ birth. We celebrate God coming into the world to bear our sins and to restore us to a right relationship with Him. Yet there are other reminders about God and what he has done for us that we can also celebrate during this season of remembrance. As our Creator, God has given us good gifts that, though marred, remain with us to this day. These are the gifts of goodness, beauty, and truth.

God created a world that was originally good (Gen 1:31), and he intended for his creation to live in that goodness. Humans, however, have used the goodness of God’s creation in ways that have corrupted it. Humans did what was evil. From this state of affairs, we can see that God created a universe with meaning, purpose, and value; he gave us real choices that lead to real consequences. And this is a good gift because it means we do not live in a world void of good and evil, nor of real choice and consequence. Such a universe would be one in which our lives are ultimately meaningless.

As atheist biologist Richard Dawkins has stated, “In a universe of blind physical forces and genetic replication, some people are going to get hurt, other people are going to get lucky, and you won’t find any rhyme or reason in it, nor any justice.” Nothing would ultimately matter in such a deterministic view of life. But in the Christian view of creation, we are casual agents in a universe charged with meaning, not a random effect in a universe void of purpose. The reality of the meaningfulness of life, that we are not just randomly thrust into a universe without rhyme or reason, provides hope and hope is truly a gift of goodness.

In these days of advent we all should reflect on the goodness of God and on the goodness of his material and immaterial gifts to us. Some are simple or basic gifts, like food and water (and stuffed animals), others are more complex but wonderful gifts, like choice, reflection, and the ability to be a causal agent.

The Gift of Beauty

During advent, Christians adorn the ordinary with extraordinarily beautiful things. In America, we traditionally place bright lights on our homes, garland on our mantles, wreaths on our door, and we decorate trees with lights and shiny ornaments. As a child, the Christmas holiday was my favorite time of year. Though it was cold, and often rainy in the Pacific Northwest, the decorations were so beautiful. It felt like creation’s beauty was, in small way, being renewed or being remembered for what it could be.

We live in a world in which the beauty of God is difficult to understand, because the beauty of his creation has been marred. Advent reminds me not to focus solely on the ugliness we see in the world. The universe also has design and order, which has resulted in some fantastically beautiful things. And while the world slumbers under the destruction of evil, something restorative has happened, is happening, and it will happen in the future. We will continue to see indescribable beauty set in tension against the destruction of a raging evil until that final restoration.

Yet, Christmas is also a reminder that God is beautiful and has given us beauty to point us to Himself. The human race has not been left as a cosmic orphan in a vast, meaningless, indifferent universe. Humans have not been randomly thrust into existence with the mind to contemplate beauty, meaning, and purpose in a universe with no corresponding external realities.

Conversely, as C.S. Lewis once noted in Mere Christianity that, “If I find in myself a desire which no experience in this world can satisfy, the most probable explanation is that I was made for another world.” Our yearning to seek out and contemplate beautiful things, to surround ourselves with beauty, rather than settle for a strictly utilitarian existence, is one indicator that we desire beauty. But the beauty of this world should point us on to discover the artist behind it. Advent reminds me that as delightful as some of the things on this earth can be, they are not the source of beauty and cannot fulfill me in the same way as can a relationship with the Artist.

The Gift of Truth

In 2016 the Oxford English Dictionary named the word, “Post-truth,” as word of the year. The dictionary defines “post-truth” as “relating to or denoting circumstances in which objective facts are less influential in shaping public opinion than appeals to emotion and personal belief.” The choice was driven by the polarizing attitudes and rhetoric in the political sphere of both the United States and the United Kingdom. However, it conveys an important development in our culture of “speaking your truth.” Some usages are a fairly innocent use of the phrase, meaning to live authentically, not trying to put up a false persona to please others. In other usages, it means that there is no truth to be found, at least in certain areas, such as how to flourish as a human being. I can live however I choose and that’s what’s true for me.

But is it really? Have humans shown throughout time and history that they live in a manner that truly develops human flourishing spanning time and place? With the 20th century being the bloodiest century in human history, I don’t see a strong case for our current cultural view of human autonomy leading towards a better end for all mankind, or even individually. What I do see is the need for an objective truth about what it means to be human and our deep need to match our lives to that truth.

When God placed Adam and Eve in the Garden, he gave them instructions, truth, on how to live in their environment. Within time, the two humans used their reason to go against what God instructed, opting instead for something “post-truth.” The results were disastrous. Almost immediately, the humans began to see themselves erroneously with false knowledge they had gained by straying from the objective truth given by God; they were ashamed of their nakedness. This false knowledge was a first step of billions of steps away from the truth. As the Bible describes human history, we see over and over the destruction humans wreak on each other and on creation as they continue to “follow their truth,” instead of seeking the knowledge of God and the truth that lies therein.

But at this Christmas time, I am reminded that God did not leave us in that state of confusion and despair. God does not wish for his good and beautiful creation to end in destruction. He sends his Son into the world to restore truth, to show us what it means to be human, and to help us break free of our dehumanizing untruths.

I am reminded that Jesus did not start a ‘movement’ with ‘followers.’ For when asked about his kingship, Jesus responded that he is not like an earthly king whose followers would take up arms for him. Rather he answered, “You say that I am a king. In fact, the reason I was born and came into the world is to testify to the truth. Everyone on the side of truth listens to me.” (John 18:37)

Jesus is Lord of Truth. He has been born into the world, a world full of untruth, with the purpose of testifying to the truth. As the Christmas season unfolds, it is a time to remember that in a culture of “post-truth,” a culture of dehumanization and death, there is hope in the One whose reign is a testimony to truth. I celebrate the gift of truth every year during advent.

These gifts of goodness, beauty, and truth that God has given to his creation remain even though they are often times difficult to see. In our attempt to understand the marring of these gifts, we often use the imagery from the Scriptures of the world being in darkness or lost. It is imagery representing the destruction wrought on creation through our rejection of truth, turning our backs on God. Yet, while many people wonder where God is in all this mess of the world, He is ever-present through his good gifts. Reminding us that He has done for us what we could not do for ourselves: restoration through truth and love.

During advent, we can put these three gifts on the forefront of our minds and praise Him that He broke into the marred creation with unconditional love and brought His great light to all who will receive Him. For me, that reminder can be as simple as fulfilling a child’s wish for a stuffed animal, as complex as recognizing that my life has meaning and value, and as great as truly setting Jesus upon the throne of my life.

Mary Jo Sharp is director of the nonprofit apologetics ministry Confident Christianity, Inc. and assistant professor of apologetics at Houston Baptist University. Her latest book is Why I Still Believe: A Former Atheist’s Reckoning with the Bad Reputation Christians Gives a Good God (Zondervan, 2019).