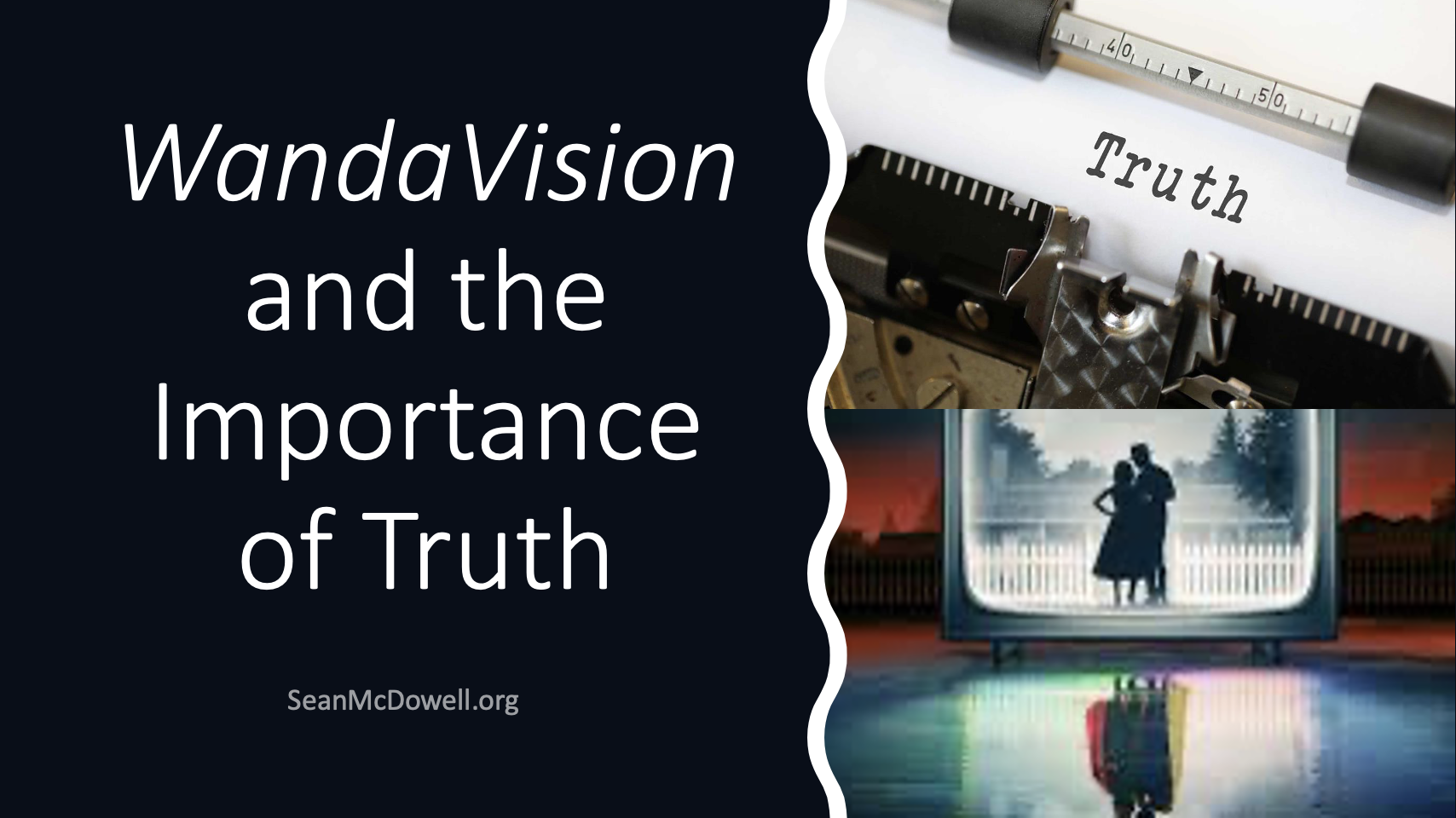 WandaVision Finale and the Importance of Truth

While there was some debate about the ending of WandaVision, my family loved it. It was creatively written, pulled on the heart strings, and set up future Marvel movies such as Doctor Strange in the Multiverse of Madness (2022). I was especially pleased to see it engage questions of identity, sacrifice, and grief.

Although it was probably not intended, one timely theme of the finale came through strong: Truth is more important than feelings. Let me explain.

WandaVision picks up three weeks after the defeat of Thanos in Endgame. Overwhelmed by grief at her loss, Wanda Maximoff uses her powers to manipulate the town Westview into her ideal world, which consisted of her staring in various sitcom tropes and using the unconsenting townsfolk as cast members. She even recreated Vision to play the role of her husband and invented their twin sons.

People outside the town become aware of the illusion and try to break in to set the people free. But they can’t break through the Hex–the energy field surrounding the city–nor unlock the mind control Wanda has over the inhabitants.

One of the key characters is Agnes, a witch masquerading as the “nosy neighbor” who is constantly “in their business.” As the show progresses, we learn that Agnes is the villain, which Wanda defeats in the finale. Rather than kill Agnes, or turn her over to the authorities, Wanda traps her in her role as Agnes.

When Agnes learns her fate, she desperately cries out, “No, please!” And then she calls Wanda “cruel.”

Questions of justice aside, why is this fate cruel? Why wouldn’t Agnes willingly embrace a reality in which she seems to be happy and probably feels better than the real world? The answer is simple: Truth matters.

We all know that feelings should not trump truth. We instinctively know that living a false reality, even if it feels good, is hollow.

This is why we rooted for Wanda to open the barrier and end the illusion. As difficult as reality can be, and as deeply as Wanda was hurt, we want her to abandon the fantasy and embrace reality. Even if an illusion feels better, we all know that truth matters more. And we know that genuine healing only comes from discovering and embracing truth.

Agency Is Not Enough

A similar theme shows up in movies such as The Truman Show. While Truman was unaware that he was the actor of a major television show, we root for him to discover truth and leave the set. When he finally discovers reality, he chooses truth over falsehood even though lies may have been more comforting.

You might not be persuaded. After all, Agnes didn’t choose her fate. Had she chosen it, then it would have been “her truth.” This response is unconvincing.

Consider an example from The Matrix. We root for Neo to choose the red pill so he can discover “the world that has been pulled over [his] eyes.” We want him to sacrifice and fight for truth.

And we jeer at Cypher because he rejects truth and betrays Morpheus in order to live a rich, famous, and pleasure-filled false reality in the Matrix. Cypher chose his “reality,” but we still find it hollow because it’s not real. Agency does matter. But we also know that truth is better than lies.

As with many other films, the finale of WandaVision reminds us that truth is important. Even if it is costly. Even if it hurts. In the end, we all know that truth matters and that we should choose to embrace it.

If you're looking for a book that speaks truth on love, sex, and relationships, check out Chasing Love: Sex, Love and Relationships in A Confused Culture.