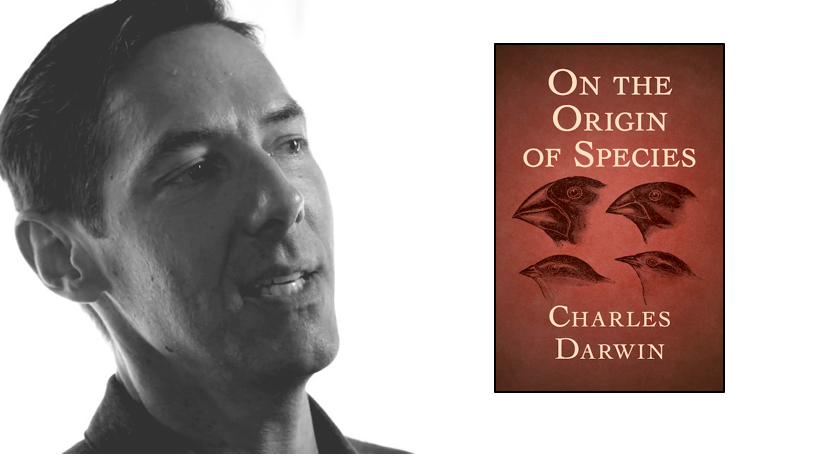 The Origin of Species Turns 160 Years Old. What is The State of Darwinism Today?

This week marks the 160th anniversary since the release of The Origin of Species by Charles Darwin. My Biola colleague and friend Douglas Axe, author of Undeniable: How Biology Confirms Our Intuition That Life Is Designed, agreed to answer a few of my questions related to the state of evolution, the evidence for intelligent design, and the possibility of a historical Adam and Eve.

Check out the interview, and if you haven’t read it yet, consider getting a copy of his excellent book: Undeniable.

SEAN MCDOWELL: This week is the 160th anniversary since the release of The Origin of Species in 1859. As a scientific idea, how would you assess the current status of evolutionary theory?

DOUGLAS AXE: Although it continues to have a devoted following, scientifically speaking this is a theory that never delivered what it promised. Back in 1904, Dutch botanist Hugo De Vries nailed the problem with this pithy statement: “Natural selection may explain the survival of the fittest, but it cannot explain the arrival of the fittest.” In other words, because natural selection only preserves what already exists, it doesn’t actually explain the origin of anything at all. This is widely overlooked. Everyone seems to know that chance mutations can’t explain life, but the misconception that selection can has seductive appeal to many.

MCDOWELL: There is a growing movement of Christians coming to peace with evolution. Yet this concerns you. Why?

AXE: I’m concerned because this shift seems to be driven by the fear of man. That impression was solidified for me in July of 2007, at a small gathering of Christians hoping to resolve the tension over Darwinism. After two hours of vigorous scientific discussion, an attendee who had been silent to that point spoke up. “I don’t know how to evaluate these scientific arguments,” he acknowledged. Then, with a nod to the most famous scientist in the room—Human-Genome Director Francis Collins—he continued, “but I know whose side I want to be on.”

It was a cringe moment. In effect, this attendee was saying he was more interested in keeping esteemed company than in getting the crucial matter of who we are right. We’ve all experienced this temptation to make respectability our top priority, but if we are to be people who stand for the truth, we have to resist it. We have to be willing not only to forgo human praise but also to endure insults at times. Jesus did both.

MCDOWELL: Scientifically speaking, what is your biggest critique of Darwinian evolution?

AXE: Darwin’s mechanism explains some things, such as the ongoing annual battle between the flu virus and humans. These things may impact human lives greatly, but they have no bearing at all on the weighty question of where humans came from. With respect to that question, the only thing that keeps Darwinism going is the culture of intimidation that makes so many of us afraid to question it. In other words, as an answer to the big question of our origin, Darwinism has succeeded only socially, not scientifically. It is living proof of the power of herdthink.

If I’m right about this, then there should be no shortage of scientific refutations of the theory. This is indeed the case. Take your pick. Those who like math may prefer the various refutations based on probability—all boiling down to the plain fact that blind causes are stupendously unlikely to stumble upon any of the ingenious contrivances that characterize life (and, again, natural selection is completely irrelevant until these things are stumbled upon). Those intrigued by the problem of consciousness might prefer refutations based on the incoherence of physical explanations of mind. Or, if common-sense reasoning is your thing, I’ve developed a refutation based on the unacceptability of appeals to scary coincidences (which Darwinism ends up being).

Then again, if you simply value scientific honesty, you ought to be moved by the fact that thousands of professional Darwinists laboring for 160 years have not explained the origin of a single complex functional feature of life with the degree of rigor expected in all serious sciences. Lots of imaginative storytelling and vigorous handwaving, but nothing at all that rises to the level of a demonstration. Not even close.

MCDOWELL: Do the scientific data rule out a single-couple human origin? In other words, what is the possibility of a historical Adam and Eve?

AXE: Only by confusing categories could anyone think data could rule out a historical Adam and Eve. Scientists hoping to infer something about human origins have to bring lots of untestable assumptions to their data, so their conclusions are only as good as those assumptions. To pretend otherwise would be dishonest.

My highly qualified colleagues Ola Hössjer and Ann Gauger have recently concluded that a single-couple human origin is possible, and they’ve been very clear about their assumptions. Other experts may well disagree for various reasons, which is fine.

But for non-experts to change their view on something as fundamental as our origin based on nothing more than hearsay is troubling. Same goes for experts who misconstrue and misappropriate science in order to change public opinion. I encourage readers to do some soul searching here. How convincing can the case against Adam and Eve be if you can’t even articulate it? If you believe something you can’t defend, aren’t you just submitting to a perceived authority? And if that authority is “scientific consensus” (whatever that means), what else are you prepared to surrender to this authority? At what point does your resolve kick in?

MCDOWELL: How would you assess the state of the ID movement, and what gives you hope for the future?

AXE: This is about much more than an intellectual movement. ID mustn’t be equated with the gospel, but it has a whole lot to do with who we humans are—not byproducts of blind natural processes but beings specifically intended and specially created. And that touches the gospel quite deeply, doesn’t it? Of all the beings God fashioned, we alone were made to bear his image. We alone have “seen his glory.” We alone have him indwelling. We alone await the hope in which we were saved. To suppose that God left all this to natural processes is to take an overly high view of nature (to put it mildly).

Considering this gospel connection, neither the constant assault on who we are nor the constant wavering of our faith should be surprising—disappointing, but not surprising. And therein lies the hope as well. When we disappoint, he doesn’t.