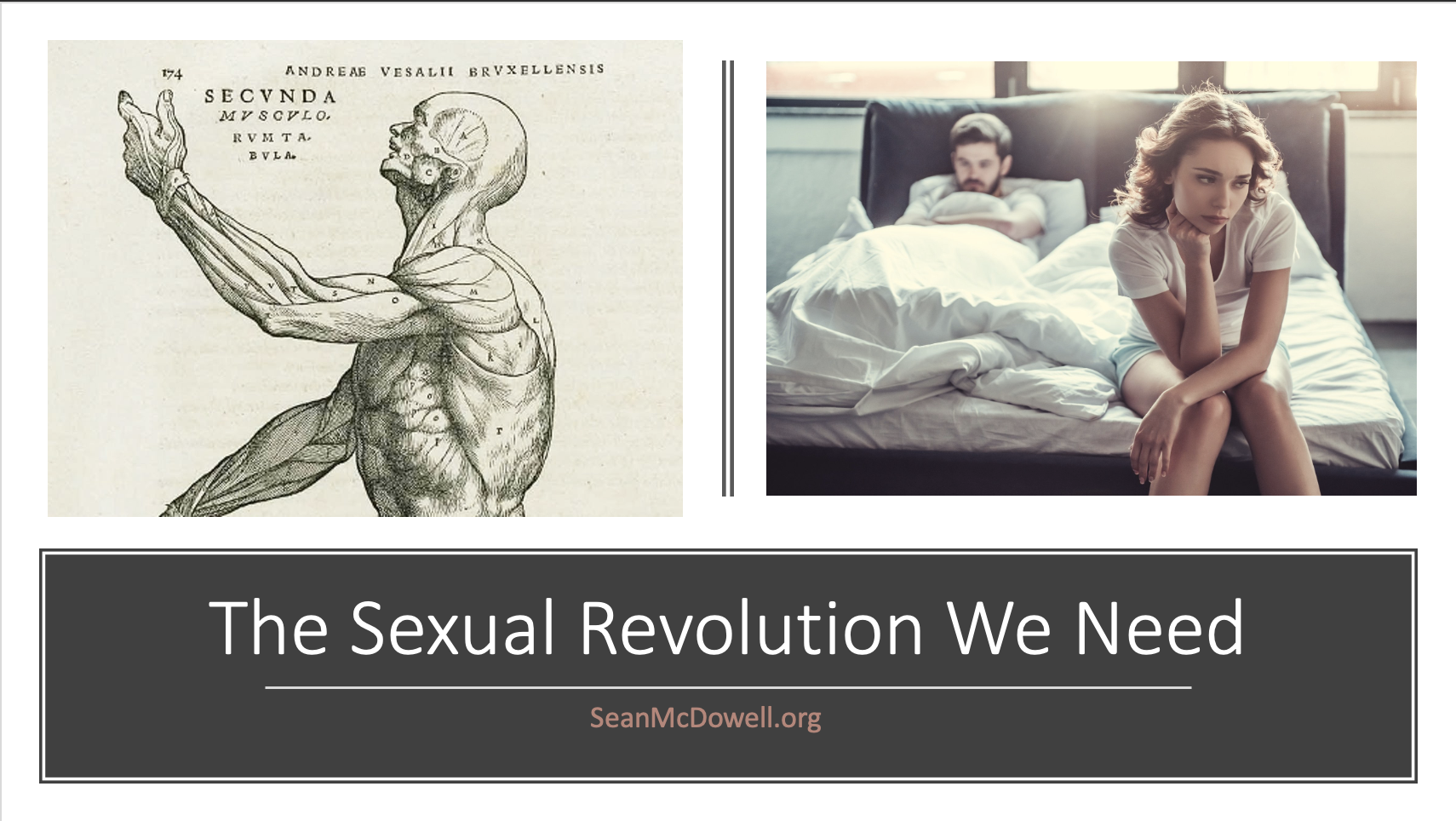 There has been a longtime need for a revolution within Protestant thinking about sex. Fortunately, there are signs it may be starting to happen. Let me explain.

In researching for my latest book Chasing Love, it became clear to me that many Protestant leaders similarly lack a robust theology of the body.

At the end of his book The Rise and Triumph of the Modern Self, Carl Trueman explains why recovering a high view of the body is vital for Protestants:

“Protestantism, with its emphasis on the preached word grasped by faith, is perhaps peculiarly vulnerable to downplaying the importance of the physical. But to tear identity away from physical embodiment and to root it entirely in the psychological would be to operate along the same trajectory as transgenderism” (p. 405-406).

In other words, Protestants have emphasized the importance of the mental development of faith–preaching, Bible study, Scripture memory, etc.–without due regard for the physical aspect. In doing so, it is left powerless to resist transgender ideology.

Fascinatingly, in his conclusion to the book, Trueman emphasizes the importance of recovering a high view of the physical body as one of his top three concerns for the church moving into the future.

The greatest reason the Protestant church needs to develop a theology of the body is not to resist transgenderism, but because it is biblical. Scripture teaches that we are both body and soul. We are not souls with bodies, but embodied beings who are physical and spiritual.

Theology of the Body for Protestants

In his recent book Embodied: Living as Whole People in a Fractured World, Gregg Allison argues that Protestants have internalized the unbiblical idea that our immaterial selves (e.g., soul, spirit) is inherently good while the material aspect (our body) is at worst evil and at best neutral. As a result, we think about spiritual growth without due regard for our bodies.

Although he had the idea to write the book decades ago, Gregg expressed to me that publishers had no interest in his book until recently. The good news is that his book seems to be part of a larger movement of Protestant thinkers emphasizing the importance of the body. And it seems that publishers agree now too.

I haven’t read each of these books yet. But hopefully this is a positive sign the Protestant church is recovering a biblical view of the body.

This is part of the sexual revolution we need.