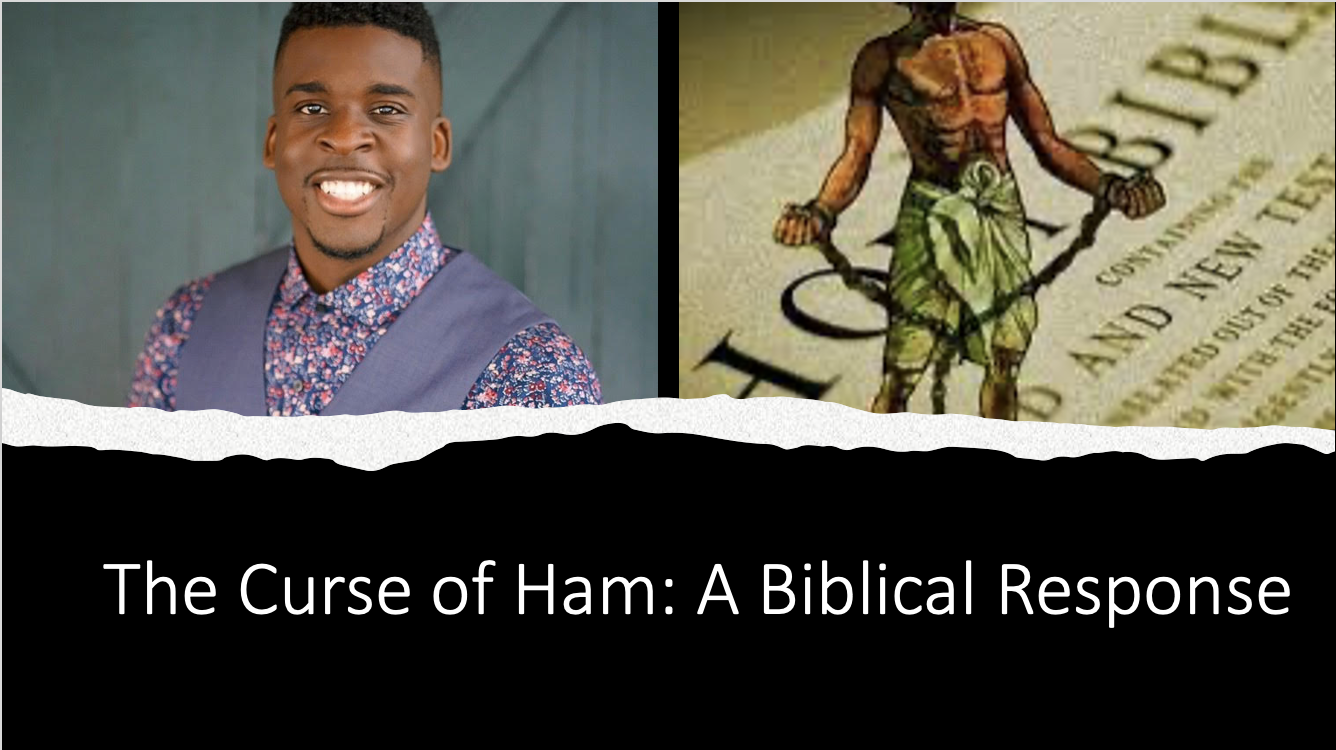 The Curse of Ham: Correcting a Corruption

My friend Fraendy Clervaud, a news anchor for Good Day Columbia, recently did his M.A. thesis on the “Curse of Ham.” Sadly, this passage has been misinterpreted to claim that black people are destined to perpetual subjugation throughout history. Quite obviously, such misinterpretation has caused irreparable harm, and thus, it is vital we set the record straight. Please check out this quick interview with Fraendy.

SEAN MCDOWELL: Why did you choose to study the curse of Ham for your master’s thesis?

FRAENDY CLERVAUD: Well, Dr. McDowell, this is a topic that has interested me for more than a decade. Throughout my years as a believer, I often interact with individuals who believe that Christianity is a white man’s religion. This ideology stems from the unholy matrimony of some Christians with the American institution of slavery. Many believed that those of African descent were ordained by God to be slaves and it all stemmed from the so-called curse of Ham in Genesis 9.

MCDOWELL: In the history of America and the church, how influential has this claim been? What kind of damage has it caused?

CLERVAUD: Unfortunately, this claim has been heavily influential in the history of American and the church. So much so that it became a detriment for the Black race and Christianity. During my thesis research, I discovered a myriad of ways that this alleged curse impacted the Black race.

In David Goldenberg’s book, Black and Slave: The Origins and History of the Curse of Ham, he points to theory that French author and naturalist Jacques Henri Bernardin de Saint-Pierre believed. He theorized that, “The Negroes in general are considered as the most unfortunate species of Mankind on the face of the Globe. In truth, it looks as if some destiny had doomed them to slavery. The ancient curse pronounced by Noah is by some believed to be still actually in effect: ‘Cursed be Canaan! a servant of servants shall he be unto his brethren.’ ” This citation gives a window into the ideology that aided in the kidnapping, raping, and breaking down of the Godly family structure.

MCDOWELL: What is the core reason that it is a misguided argument?

CLERVAUD: This is a misguided argument because at its core its antithetical to the Scriptures. The Bible records, “Then God said, Let Us make man in Our image, according to Our likeness…. So God created man in His own image; in the image of God He created him; male and female He created them,” (Gen. 1:26-27). Everyone on this globe, including the Black race, was created in the image of God. Therefore, it is not God’s intent that His creation be subjected to inhumane treatment because of the amount of melanin one produces.

MCDOWELL: Did anything surprise you in your research?

CLERVAUD: I will point out my top three: First, discovering that several of the church fathers were born in Africa. For instance, Tertullian is recognized as the man who first utilized the word, Trinity. The Trinity is a major foundational belief in Christianity, and I was surprised to discover he was African.

Second, the sexual assaults of enslaved men. I found out that many of the enslaved men were forced to sleep with other enslaved women to produce more children for the masters. These children would then continue the evil cycle of being enslaved.

Third, the Black presence in the Bible was absolutely refreshing. Individuals, like Nimrod, Phinehas, Ebedmelech and the Ethiopian eunuch, made great biblical contributions. Learning this helps to see that the same Bible that was unfortunately weaponized to endorse slavery, is the same Bible that demonstrates the courage of those with dark skin. How ironic.

MCDOWELL: Are you encouraged that more apologists are tackling bad arguments like this, or do you think we have a ways to go in terms of addressing race issues?

CLERVAUD: It’s both for me. Systematic Theology tells us what the Bible says about a particular topic/issue. Many times, some of us avoid the harder issues, like race, because of fear and shame. But it’s refreshing to see that it’s not just people of African descent writing and addressing the race issue. As it relates to addressing race, it’s a topic that will always make people feel uncomfortable because of the dark past that still lingers even today. But it must be addressed.