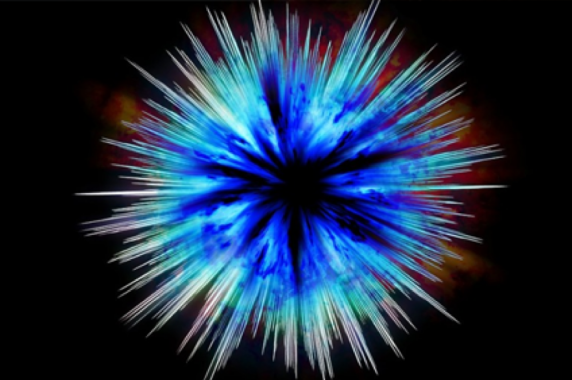 Stealing Defeat from the Jaws of Victory!

Along with my regular blog here at seanmcdowell.org, I am now featuring occasional guest posts from some students in the Biola M.A. in Christian Apologetics that I personally had the privilege of teaching. This post is from my friend Tim Stratton, who has an excellent and growing ministry of his own. Enjoy this post! Sean McDowell

Guest Blog: Stealing Defeat from the Jaws of Victory!

In a recent letter to the editor in the local newspaper, an author complained that the “big bang hypothesis” was being taught in public schools. He said that we need a better hypothesis. His answer: teach “Creationism!”

What this well-meaning Christian does not seem to understand is that the Big Bang model is actually evidence for a supernatural Creator. The eminent cosmologist, Alexander Vilenkin, made it clear:

“With the proof now in place, cosmologists can no longer hide behind the possibility of a past-eternal universe. There is no escape: they have to face the problem of a cosmic beginning.”

This raises questions science cannot resolve alone. Science is the study of nature, and yet with the Big Bang, we have scientific evidence for the beginning of nature itself.

It is intuitively obvious and constantly confirmed that everything that begins to exist has a cause. According to Big Bang cosmology, the space-time universe (all nature) had an ultimate beginning. The question is raised: What caused space, time, and nature to come into existence?

Logic to the Rescue

If all nature began to exist, then, logically, the cause of all nature must be something other than nature — supernatural!

The Big Bang marks the beginning of time; therefore, the cause of time must have been timeless. Thus, whatever the cause was would have had no beginning, because a beginning necessitates time. If the cause was beginningless, we can rationally infer this cause had no cause of its own; therefore, it exists eternally and perhaps necessarily.

The Big Bang also marks the beginning of space. Thus, the cause of the universe also had to have been spaceless. Whatever it was, it was utterly immaterial since matter cannot exist apart from space.

Apart from time, things do not happen, as a result, nothing could cause this “cause” to do anything. Therefore, this cause seems to possess volition (otherwise known as libertarian free will). Apart from anything abstract, only an unembodied mind (“soul”) could logically exist apart from the space-time universe. Persons are the only “things” that could possibly possess minds with free will; therefore, we can decipher that the cause of the universe was personal. If it is personal, then it is possible that “it” (whatever “it” is) can have a personal relationship with other personal beings like humans. Therefore, simply by thinking logically about scientific data, we can conclude that it is possible for you and I to have a personal relationship with the cause of the universe (note that no Bible verses were used to reach this conclusion).

I refer to the cause of the universe as “God,” but one is free to call “it” whatever they’d like; however, as Shakespeare once said, “That which we call a rose by any other word would smell as sweet.”

A physicist once told me, “A Christian rejecting the Big Bang theory is equivalent to stealing defeat from the jaws of victory!” I agree and affirm what I once heard from Sean McDowell: “I don’t reject the Big Bang, I just know who banged it!” BOOM!