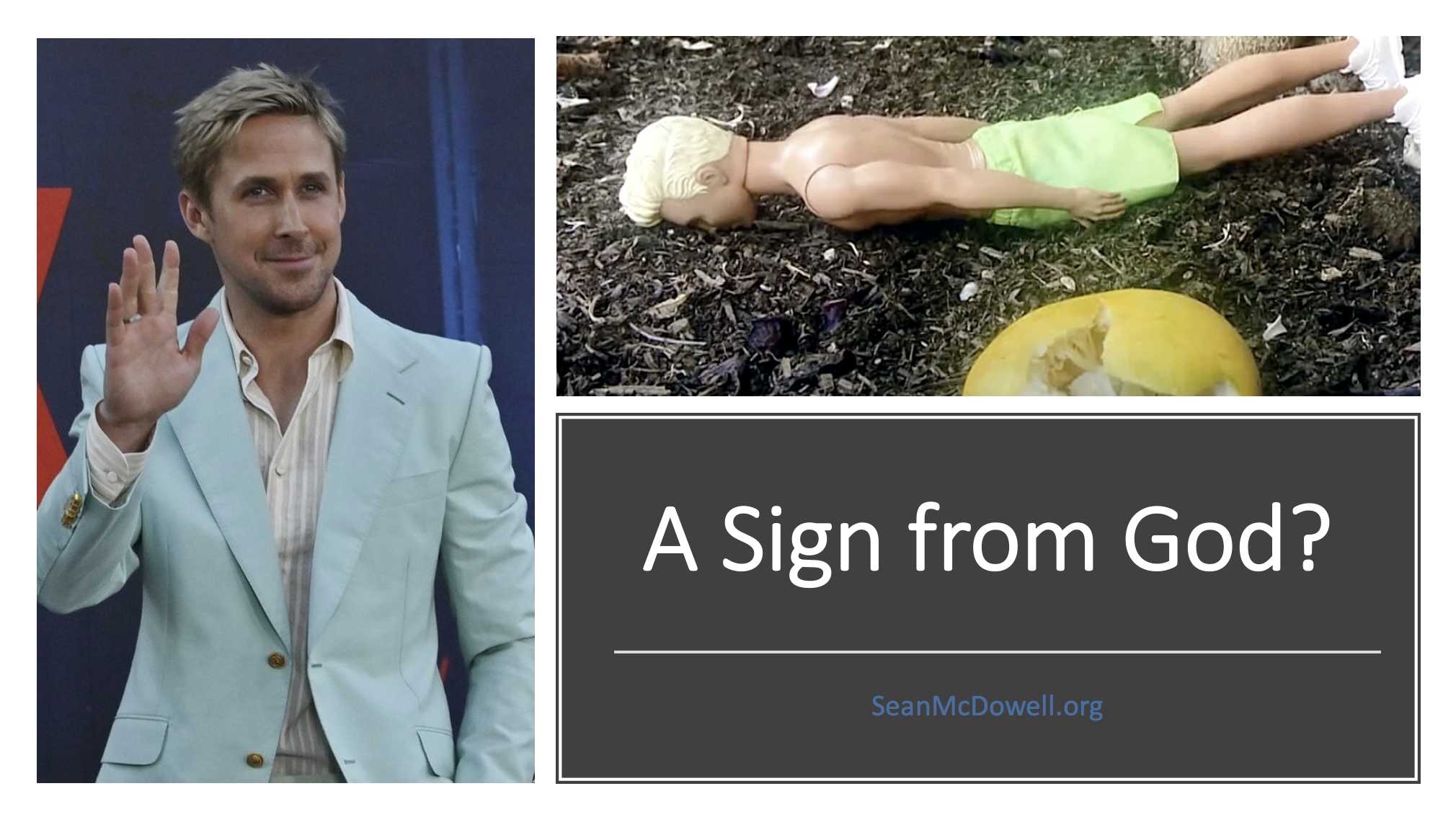 Ryan Gosling and the Will of God

Actor Ryan Gosling has decided to play Ken for an upcoming Barbie movie. Why did he decide to accept the role?

Gosling said the script was the best he’s ever read. After getting the offer, he walked out in the backyard and found a Ken doll face down in the mud next to a squished lemon. He texted a photo of it to the director and said, “I shall be your Ken, for his story must be told.”

The point of this post is not to criticize Gosling. He’s a gifted actor, and for the record, I thoroughly enjoyed his recent Netflix film The Gray Man. My guess is that he was leaning towards accepting the role anyways and seeing the Ken doll simply motivated him to do so. Besides, he only joked that it was a sign he must play Ken.

My concern, though, is that many Christians have a similar decision-making process, and that we interpret such “coincidences” as signs from God about His will for us. A friend of mine was trying to decide if he should go on a mission trip. He stumbled across a magazine with a page “randomly” open to a map of the very country he was considering. He interpreted it as a sign from God he should go on the trip.

Is this a good decision-making model? Is this how we should approach small and big decisions? Does the Bible teach we should look for signs (or interpret seeming coincidences as God speaking) before we act? I am not convinced that it does.

But what about Gideon?

You might be thinking, “But what about Gideon’s fleece? Didn’t God respond to his request for a sign to lead the Israelites against the Midianites?” (Judges 6:36-40). Yes, God did. But keep a few things in mind. First, the signs God gave were supernatural. They could not be explained away as mere coincidence. Second, God had already revealed His will to Gideon. The signs were not about directing Gideon but giving him assurance that he would succeed. Third, the Bible does not teach that we should follow Gideon’s example when making decisions.

Here’s the bottom line: When making decisions, the Bible doesn’t teach that we are to look for a sign or interpret coincidences as God’s will.

What the Bible says about God’s will

The Bible also speaks of God’s sovereign will. For instance, Daniel 4:35 says that God “does according to his will among the host of heaven.” And in Romans 9:19, Paul asks who can resist God’s will. The answer, of course, is no one.

How to make decisions

If the Bible does not teach that we are to look for a sign or interpret coincidences as God’s will, then how are we supposed to make decisions? The biblical model is to seek wisdom. Entire books of the Bible are written to give us wisdom. Wisdom through counsel and experience. And the Bible says to ask for wisdom and God will provide (James 1:5). And of course, we know that God is working all things together for the good and that the Holy Spirit is with us.

In my two decades of working with students, I am convinced that there is no issue with more confusion––and unbiblical teaching––than understanding God’s will. Rather than following a scriptural model, we often make decisions similarly to those outside the faith and yet we frame our decisions as being directed by God.

If you are looking for a resource to help young people understand what the Bible teaches about God’s will, and to think Christianly about some of the thorniest cultural issues today, check out my latest book: A Rebel’s Manifesto: Choosing Truth, Real Justice & Love amid the Noise of Today’s World.