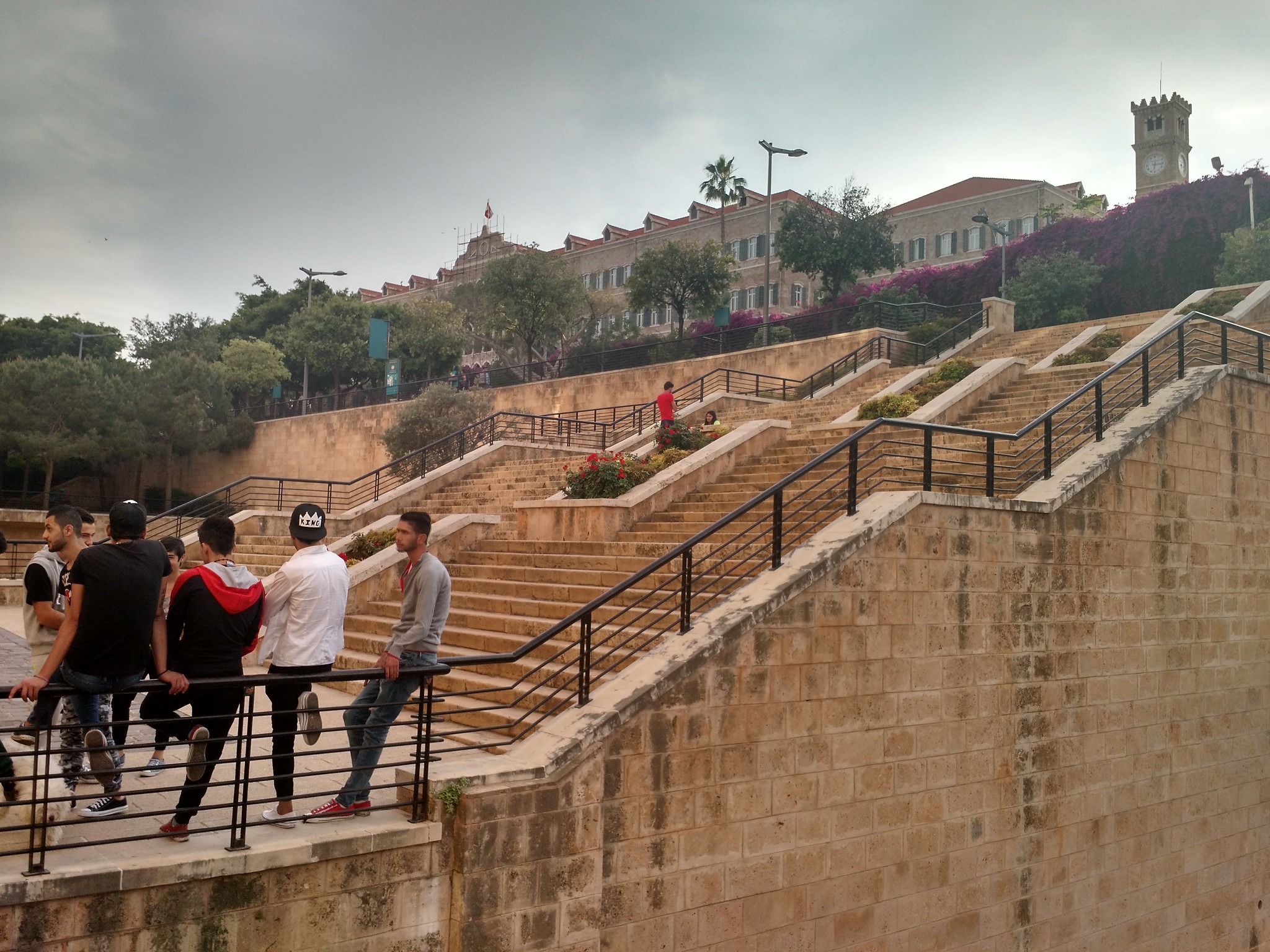 Reaching Youth in the Middle East: The Influence of Scientism, Relativism, and Sexual Liberation

Lukas Ruegger is a graduate of our M.A. Apologetics program at Biola. He is also a missionary to students in the Middle East and has some fascinating insights that apply to effective ministry anywhere. He recently started an excellent YouTube channel that creatively tackles some of the toughest issues today. Check out this brief interview, and please consider sharing it with a friend.

SEAN MCDOWELL: What is the focus of your ministry in the Middle East?

LUKAS RUEGGER: We reach young atheist or agnostic Arabs, a lot of them students, both through online campaigns and offline activities. We run a weekly Bible study for skeptics in a café in Beirut, hold regular discussion circles and debates with atheist and science clubs, and do creative outreach on the streets. The community which has grown around our regular Bible study is really the core of our ministry, made up of people from various religious backgrounds – Sunni, Shia, Druze, Catholic etc. We also host regular community dinners, movie nights, hikes and even camping trips to create not only community – but community with an atmosphere of God's love where people's hearts, as well as their minds, are touched.

MCDOWELL: What are the biggest questions and issues you deal with? How are they similar and different from in the west?

RUEGGER: Actually, all of the classical apologetics questions you plow through with skeptics in the West come up here, and in exactly the same form. The question of hell is really big over here, and it’s often raised from a very personal angle. In Islam, hell is described far more literally and graphically than in Christianity and almost every Muslim and ex-Muslim would affirm to me that a key ingredient of their religious upbringing was the perpetual instilling of fear of hell. Thus, a lot of skeptics I know cite repulsion with this particular doctrine as their initial step on their journey away from religion, and once that step has been made, questions regarding science, morality, or the problem of evil ensue.

MCDOWELL: Why are you not doing Muslim apologetics?

RUEGGER: The truth is that young Arabs are growing ever more eager to distance themselves from the traditional cultural and religious values of their parents’ generation. Religiously motivated violence and wars plaguing the region form only a minor, though not unimportant, reason. A far more potent catalyst behind the tectonic shifts we’re witnessing in Middle Eastern culture is the fact that young people have come as much under the influence of scientism, relativism, and the aspiration for sexual liberation as their peers in the West. The “Globalized Middle Eastern Youth,” as we call this rapidly growing demographic, are likely to rise as the future decision-makers in business and politics, on university campuses, and in the arts. The urgency of proclaiming truth to this generation can therefore hardly be exaggerated if we are to impact this region for Christ.

MCDOWELL: What are some practical principles you’ve learned through your ministry?

RUEGGER: Young people really need good answers to the hard questions they’re raising, thus the need for apologetics. However, doing apologetics without providing a context in which people can experience authentic Christian love will, I believe, only accomplish half of the job. There is this one guy in our community for example, who came to us as a really aggressive atheist, constantly quoting Harris and Dawkins back to me and ridiculing the Biblical text. I’ve probably talked through every single apologetics topic with him over the years. He’s come a long way and even though he hasn’t broken through to Christ yet, God has done a remarkable work in him so that he now regularly challenges his new atheist friends both in person and on YouTube while defending Christianity as the more rational option. What’s more, he would sometimes stand up in the middle of our Bible study and invite others sitting in the café to join us, saying “This group changed my life!” What put this man on a journey towards Christ? A powerful combination of receiving credible answers to his questions in a community where he also experiences Christ’s love lived out by Christ’s followers.

MCDOWELL: How did the Biola Apologetics program help prepare you?

RUEGGER: The program has equipped me very well to think through the key issues in apologetics deeply and critically. What has been particularly inspiring is learning from people who are both academics and actively applying what they teach in their lives. Thus, I’ve benefitted not only from the material that is taught but from the very example set by those who pass it on.