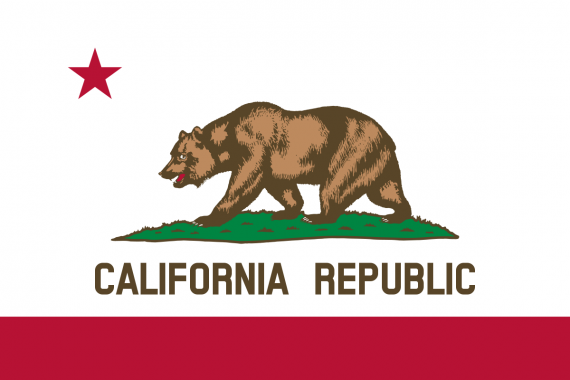 The California Department of Education has released a new Health Education Framework for 2019. Given that California often sets trends for the wider country, parents ought to pay very close attention to the new standards. In fact, this new framework should trouble anyone concerned about young people getting a fair and diverse education today.

The goal of the new framework is the physical, mental, and social well-being of California students. According to chapter 1, “The health of California youth may be improved by high quality health education.” We can all agree on the value of student health. My two concerns lay elsewhere. First, the state has adopted a "progressive" view of student health that undermines a religious view of human flourishing (the views of many Christians, Muslims, Jews, Mormons, and others). Second, the framework claims to be diverse, inclusive, and open, but in reality, it is none of these.

Before offering my concerns, it is worth noting that there is much in the new framework all Californias can applaud. Students will be taught proper nutrition, physical safety measures, and injury prevention. There are even suggested activities to help students critically recognize damaging media messages. The concern comes with the systematic indoctrination of the next generation with a progressive view of sex, relationships, and identity.

Here is one stated goal of the Kindergarten sex education:

“While students may not fully understand the concepts of gender expression and identity, some children in kindergarten and even younger have identified as transgender or understand they have a gender identity that is different from their sex assigned at birth. This may present itself in different ways including dress, activity preferences, experimenting with dramatic play, and feeling uncomfortable self-identifying with their sex assigned at birth. However, gender non-conformity does not necessarily indicate that an individual is transgender, and all forms of gender expression should be respected” (Chapter 3, p. 43).

Educators are instructed to partner with the community by bringing in guest speakers to serve as “role models and myth busters.” The framework specifies that these guests must “include individuals of all genders, including people who are transgender.”[1] Given that we live in a diverse state, students should be exposed to a variety of individuals who see the world differently. We must all learn to get along and respect one another amidst our significant differences. But does the framework encourage the inclusion of people to share their stories of sex-change regret or the medical evidence that sex change frequently does not provide the wholeness and long-term happiness people seek? Of course not. And the reason is simple: The framework is more concerned with indoctrination than genuine education.

California Educators Must Be on Board

All California educators are expected to be on board with this new framework. According to Chapter 7, “Achieving these goals requires that all teachers, professional learning staff, administrators, and district leaders share the responsibility.” Teachers are instructed to encourage the formation of LGBTQ+ clubs on campus, address students with their desired name and pronoun consistent with their gender identity, use kids’ books such as My Princess Boy, and to hang rainbow flags in their classroom to ensure “all gender identities and expressions are welcome in the classroom.”[2]

Instructing Parents Through Their Kids

Students will even be instructed to “learn skills that enable them to speak to a parent, guardian, or trusted adult regarding human sexuality” (Chapter 5, p. 22-23). In other words, the California Department of Education has assumed the prerogative that it understands student needs better than parents. Although it is not stated explicitly, the intention is obvious: The California educational system aims to educate parents in progressive sexual ethics through their children.

The opening chapter of the framework describes the diverse population of California schools in terms of “language, culture, ethnicity, gender, gender identity, sexual orientation, religion, health conditions, immigration status, and types of abilities and disabilities.” The stated goal is to “create a positive and welcoming classroom environment that exudes respect for…all types of diversity.” Notice the inclusion of religion in the list and the emphasis on all types of diversity.

Given that the state lists religious believers as part of the diverse spectrum of students in California, and their stated goal of respecting “all types of diversity,” will religious views be included?

Interestingly, in the sexual health section for 7th and 8th graders, instruction is required to be, “age-appropriate, medically accurate, and inclusive of students of all races, ethnicities, cultural backgrounds, genders, and sexual orientations, as well as students with physical and developmental disabilities and students who are English learners.” Do you notice what is conspicuous by its absence? Religion. Instruction must affirmatively recognize “diverse sexual orientations and same-sex relationships.” What about those who believe marriage is meant to be between one man and woman for life because of religious convictions? Or what about those who have good philosophical, sociological, and biological reasons for holding this traditional view? Are their views included in “diverse” education? Nope.

To educate kids, teachers are encouraged to hold panels that are “diverse and include individuals of different genders and sexual orientations and be representative of the range of races, ethnicities, and national origins of the students.” Again, what about the religious view held by millions of Californians? Do they get a voice? Quite clearly, Imams, rabbis, and pastors are not welcome. Diversity also does not include a Christian doctor, professor, or researcher who can thoughtfully articulate his or her views with peer-reviewed scientific studies without utilizing sacred literature. Again, their views are not included in “diversity.”

Teachers are also encouraged to invite local speakers from Planned Parenthood to address sexual health to 7th and 8th graders. In the name of diversity, are teachers encouraged to consider inviting someone from a local pregnancy resource center to present a contrasting view? Of course not.

In the health section for 4th to 6th graders, teachers are encouraged to establish norms for collaboration and discussion among students that include using phrases such “be open to new ideas.” It is certainly good advice, as part of educating students, to encourage them to be willing to entertain new ideas. But does the framework actually encourage the practice of critical thinking on issues of sexual health? Let’s consider two examples.

First, educators are instructed to use both medically accurate information (Ch. 5, p. 23) and peer-reviewed medical journals (Ch. 6, p. 24). Again, good advice. But are educators equally instructed to include scientific research that challenges the idea that sexual orientation is innate and biologically fixed (“born that way”) or massive studies that discuss the claim that there are no negative outcomes for children of same-sex parents (“no difference”)? Of course not.

If the state was really interested in educating kids to think critically about human sexuality, they would be eager to provide contrasting views, and then help students come to reasonable conclusions. Their one-sided approach smacks more of indoctrination than education. How can the state encourage kids to “be open to new ideas” when they only present the “party line”?

Interestingly, just one paragraph below this statement, the framework says, “Instruction and materials on sexual health must affirmatively recognize diverse sexual orientations and same-sex relationships and couples.” My point here is not to argue for a biblical view of marriage. The point is simply that the framework has adopted a particular view of the morality of same-sex relationships that is not unbiased. The state has rejected the majority historic view of marriage and taken a progressive position in a biased fashion. Let’s consider two more examples.

First, junior high teachers are encouraged to guide students through role-playing activities that includes the prompt: “Two students are at a party. One asks the other for oral sex.” Students are to discuss the scenario in small groups and then dramatize their proposed outcome to the class. The stated purpose of the lesson is to help students discover “their own solutions.” The teacher then leads students in an “objective” discussion on the activity being sure to reiterate “that there is not one correct answer and often more than one answer as every situation is unique to each individual student” (See Chapter 5, p. 28-29).

Is this lesson unbiased? Is this neutral, objective education since it encourages students to discover their own values? No chance. Based on this activity, a teacher would have to affirm a thirteen-year-old girl who felt it was right to give oral sex to a seventeen-year-old boy, or vice versa. The lesson teaches students to follow their feelings and to base their moral decisions on the belief that they have personal ownership of their own bodies. This is in sharp contrast to biblical teaching that people are called to honor God with their bodies (1 Corinthians 6:20). Again, my point is not to argue here for the Christian perspective of sexuality, but simply to indicate that the California framework is not unbiased, neutral, or objective. It advances a view of human sexuality directly at odds with the historic Christian faith.

Much more could be said about the new framework. It raises serious questions for Christian educators, parents, and pastors.

Can a Christian educator in California, who is expected to help advance this agenda, do so in good conscience? And to what degree? Will courts preserve their rights?

What about parents? The CHYA requires that districts notify parents and guardians of this instruction and provides them with opportunities to view curriculum and excuse their students from instruction. However, while parents may remove their kids from the entire sex education curriculum, they cannot remove their children from instruction related to sexual orientation and gender identity. Given that gender identity instruction begins in Kindergarten, parents must seriously think through their relationship to public schools. Some parents intentionally engage administrators and teachers in their district and deliberately teach their kids a Christian alternative. Others consider homeschooling and private schools. Regardless of the choice, parents must take serious responsibility for the worldview development of their kids.

Pastors and youth pastors must also educate their students with a biblical view of love, sex, and marriage starting young. The church needs to be a helpful resource for both parents and students without being unnecessarily alarmist or reactionary.

Please consider sharing this post with a parent, teacher, or religious leader in California (and beyond). People must be informed so they can engage their teachers, neighbors, and the wider community with wisdom and intentionality.

[1] I do find it ironic that the framework encourages bringing in speakers from “all forms of gender expression” when it later says there are an infinite number of gender identities. Are they supposed to bring in infinite guest speakers?

[2] My point here is not to argue whether or not teachers should use the desired pronouns of students or whether they should support LGBTQ+ clubs. That is a separate issue. The point is simply to highlight that all educators are expected to embrace the new standards and help advance them among students as part of their job responsibilities.