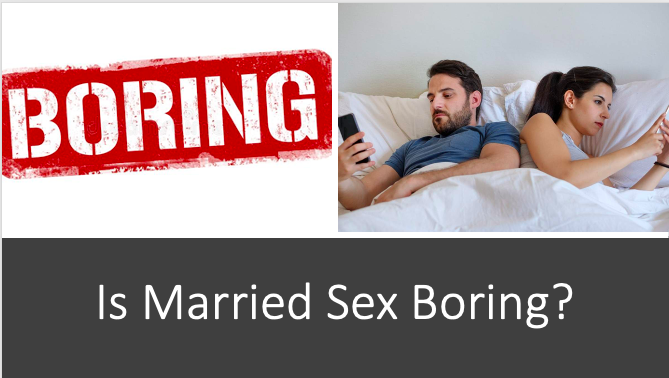 Is Married Sex Boring? Not If You Ask "Church Ladies"

A few years ago, Carl’s Jr. ran an ad featuring the late Hugh Hefner, the founder of Playboy. As the commercial begins, Hefner wears his infamous red robe, holds a juicy cheeseburger, and describes himself as the luckiest man in the world. And then the camera homes in on three young women that Hefner apparently has sex with whenever he wants. Hefner then takes a bite of the cheeseburger, clearly enjoying it, and the commercial ends with this line, “Some guys don’t like the same thing night after night.”

The message behind this commercial is clear: Variety is the spice of life. Just as a life spent eating the same food would be boring, so would be a life spent having sex with the same person. On this view, married sex is considered boring since it involves commitment to one person for life.

Why might this be the case? An article at the Institute for Family Studies offers helpful insight:

Contrary to a popular notion of religion “holding someone back” from sexual fulfillment, religious worship in church and at the home might actually “set some free” in terms of experiencing a sexually satisfying relationship. United religious couples… reported higher emotional closeness, commitment, and partner virtues. Their sexual satisfaction, in other words, may stem in part from an added spiritual closeness that bolsters their physical and emotional connection. Following religious patterns within a relationship—reading scripture together, praying and discussing faith at home, attending church services, etc.—may help cultivate this relational richness, imbuing home life with an added measure of sanctification.

Scripture offers a different view of sexual freedom than the “Hugh Hefner” model. It is not a freedom to have sex with an endless array of partners, but the kind of freedom found only in the commitment of marriage. Sex according to God’s design–which is one man and one woman who become “one flesh”–offers freedom from unwanted pregnancy, freedom from comparison, and freedom from the fear that comes along with contracting a sexually transmitted infection. It offers the freedom to love, and be loved, without shame, fear, rejection, or comparison.

Be Holy as God is Holy

The point of this post is not to convince you to be sexually pure so that you can have the best sex in marriage. This is one of the big mistakes made in “purity culture.” As I lay out in my latest book Chasing Love: Sex, Love, and Relationships in A Confused Culture, we should be motivated towards sexually purity out of a desire to honor God and love other people. We are called to be holy because God is holy (1 Peter 1:16).

And the point is not that married sex is always fun nor that premarital sex is boring. The Prodigal Son engaged in “wild living” and apparently enjoyed his life for a season.

But it is important to see through some of the faulty messages often perpetrated in our culture about sex and marriage. God’s plan for sex is not antiquated, and it was not designed to repress our sexuality. God is the one who created sex to be pleasurable and fulfilling in the first place (Proverbs 5:19; Song of Solomon). He is the one who gave us sex as a blessing and a gift and has given us the parameters in which to experience it.

Doesn’t it make sense to listen to Him?

If you’re looking for a biblically-based and timely resource on sex, love, and relationships, check out my latest book for students: Chasing Love: Sex, Love, and Relationships in A Confused Culture. Pre-order now and we will send you three exclusive interviews with James Dobson (founder of Focus on the Family), Richard Ross (founder of True Love Waits) and Josh McDowell (founder of Why Wait?)