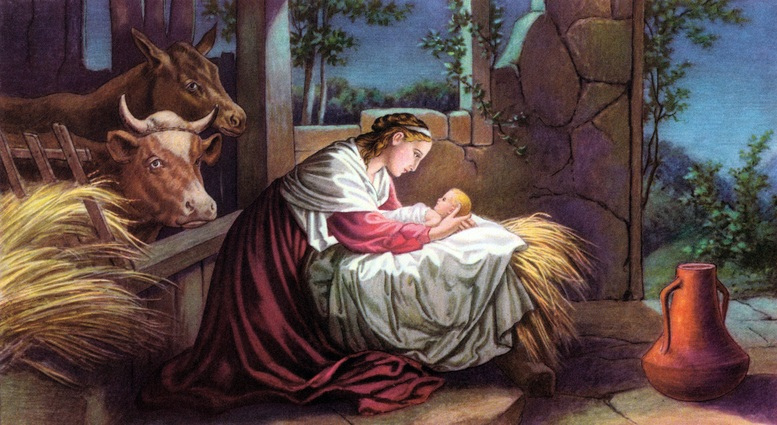 Is a Virgin Birth Possible? That Depends on God’s Existence.

Is a Virgin Birth Possible? That Depends on God’s Existence.

In his best-selling book God is Not Great, the late atheist Christopher Hitchens argues that a Virgin Birth is scientifically impossible: “In any case, parthenogenesis is not possible for human mammals.”[1]

According to many atheists, this point is enough to end the discussion. A virgin birth would violate science, and since science has more credibility than religion, we can simply dismiss the miraculous story. Case closed.

And yet the case is not that simple.

In one sense, this atheist criticism is correct: humans, like other mammals, are normally incapable of parthenogenesis (a word that derives from Greek words meaning “virgin” and “birth”). However, this normative observation in no way proves that God could not cause a woman to conceive a child in her womb without the involvement of a human father.

Consider a point my father and I develop in the updated and revised Evidence that Demands a Verdict. In a 2013 peer-reviewed periodical, two scientists in India explain that parthenogenesis, which they define as the process where “growth and development of embryos occurs without fertilization by a male” does not occur as a form of "natural reproduction in mammals.”[2]

Note their use of the word natural here: their point is that parthenogenesis in mammals does not occur naturally, not that it is impossible. They go on immediately to discuss “induced parthenogenesis” as an increasingly important process in contemporary biotechnology with roots in experiments done as far back as the 1930s.

By “induced” they mean that human scientists can artificially manipulate conditions in experiments on mammals to cause them to reproduce by parthenogenesis. In fact, according to these authors, scientists used parthenogenesis to successfully create a fatherless mouse at Tokyo University of Agriculture in 2004.

The point here is not that the birth of Jesus might have been an instance of “parthenogenesis” in a biologically natural way. These scientific advances show that what could not have occurred spontaneously through natural processes might be possible with the intelligent intervention of someone with sufficient knowledge and power to “induce” conception. Of course, no human being had such knowledge or power in the ancient world, but God has always had those resources.

Parthenogenesis may be impossible naturally, but this tells us nothing about whether or not it is possible through intelligence and especially by a supernatural Intelligence.

Thus, one cannot criticize the virginal conception of Jesus because it is not something that happens naturally in mammals. People in the ancient world knew that human conception naturally required sexual intercourse with a man, and for that reason viewed Jesus’ conception by Mary as a miracle.

Here is the bottom line: The biblical God is the all-knowing, all-powerful, timeless, and sovereign creator of the universe.

If this God exists, then a Virgin Birth is child’s play.

[2] Suresh Dinkar Kharche and Hemant Shankar Birade, “Parthenogenesis and Activation of Mammalian Oocytes for in vitro Embryo Production: A Review.” Advances in Bioscience and Biotechnology 4, no. 2 (2013): 170–82.