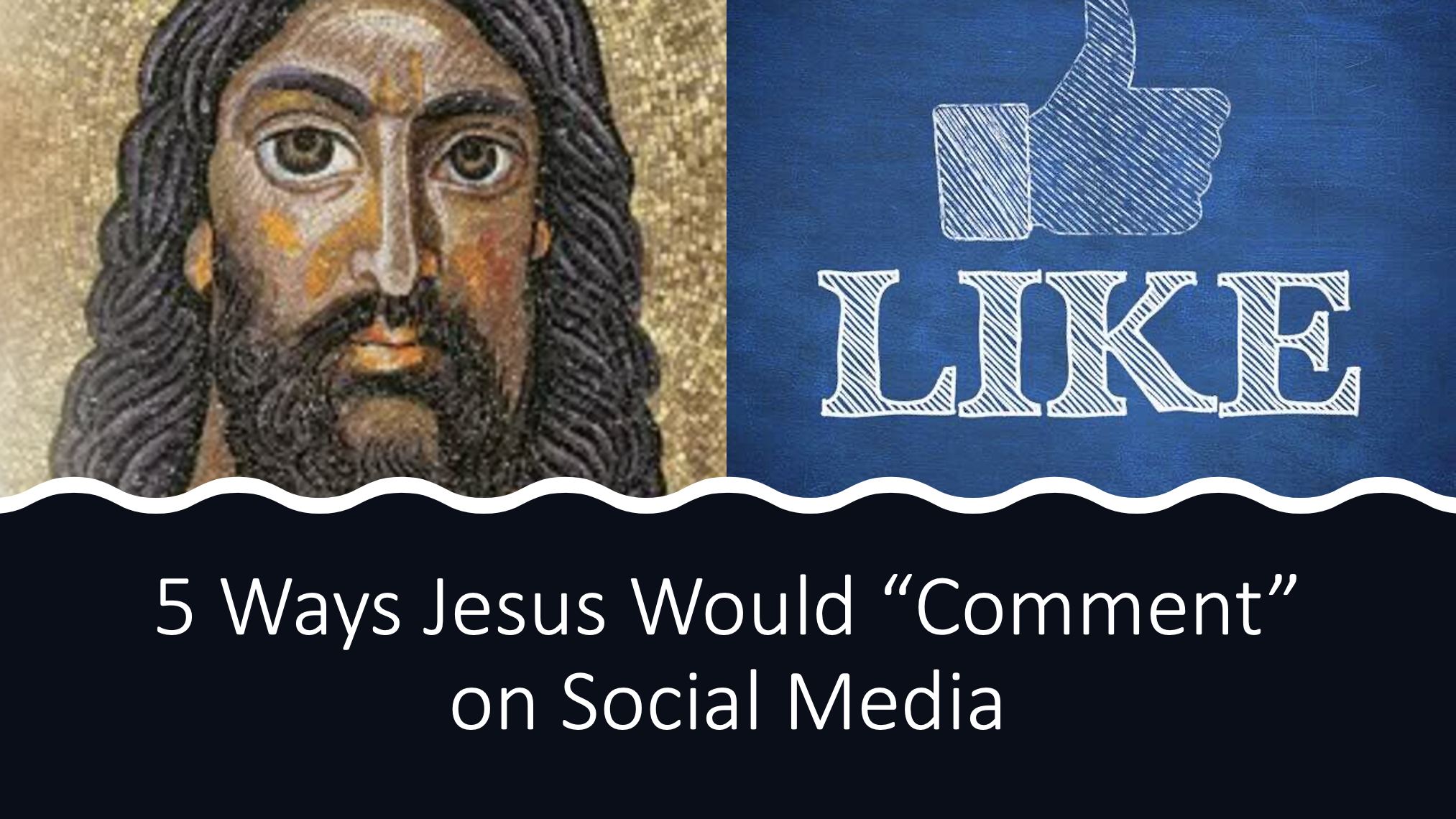 Given that we live in a world saturated by social media, it’s worth asking how Jesus might “comment” on social media if he were physically present today. I realize this involves some speculation, especially since we haven’t even established that Jesus would use social media in the first place!

For the record, I don’t pretend to be a “master commenter.” I am a work in progress. Much of this blog comes from my desire to become more effective and Christlike in how (and when) I comment on social media.

Instead, here’s five reflections on how I believe Jesus might “comment.” Here’s my hope: For the sake of loving our neighbors, and advancing the gospel, let’s be more intentional about how we comment on posts.

First, Jesus would ask questions. The Gospels record over 300 questions that Jesus asked, such as “Why does this generation seek a sign?” and "How can Satan cast out Satan?” Jesus knew that questions invite people to deeper reflection. Along with telling parables, asking questions was one of the most commons methods Jesus used to communicate. If he commented on social media, he would almost certainly have posted thought-provoking questions.

Second, Jesus would engage those with a small following. Jesus cared deeply about those who were marginalized in his day–children, women, the sick, poor, crippled, and others who were not considered as valuable by society. Today, we often attribute value to those with the greatest number of followers, subscribers, or likes. Given that Jesus modeled and taught a different value metric than the world, Jesus would likely often comment on the posts of people with few followers.

Fourth, Jesus would be motivated by love. Even though Jesus spoke truth boldly, he was always motivated by compassion and love. He touched the leper who was likely starved for physical affection (Mark 1:40-45). He healed the bleeding woman and spoke these tender words, “Daughter, your faith has made you well; go in peace” (Luke 8:48). Rather than being motivated to get likes, win an argument, or make himself look good, if Jesus commented on social media, he would undoubtedly leave comments aimed to demonstrate love for others.

Fifth, Jesus would surprise us with who he engaged. Jesus dined with sinners. He talked with the Samaritan woman by the well. He visited the home of Zacchaeus, a tax collector. Clearly, Jesus didn’t engage those the religious leaders­–or his followers–expected him to. If Jesus were on social media, he would likely engage people that might surprise us.

Much more could be said. Again, I realize some of this is hypothetical. But if we are going to seek first the kingdom of God, and take seriously the call to love our neighbors, let’s commit to being more Christlike in how we “comment” on social media.

The world is watching.