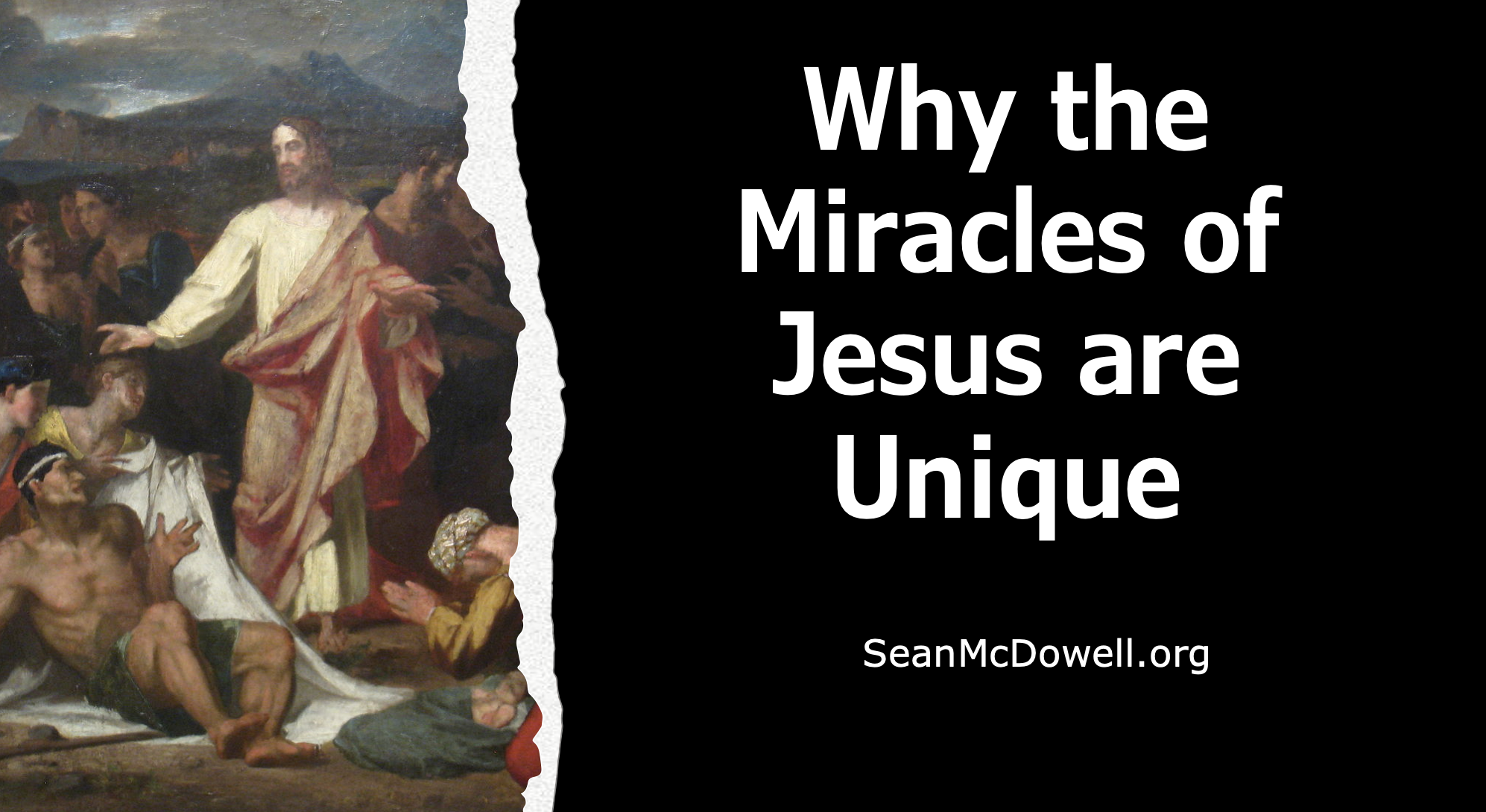 How the Miracles of Jesus Compare with Other "Miracle-Workers"

It is true that there are miracle claims in some other religions. They are found in the Old Testament, apocryphal texts, and in Greco-Roman stories. Yet, such comparisons neglect the uniqueness of the miracle stories of Jesus.

Recently I had the chance to interview Craig Blomberg about his book Can We Still Believe in God? While I was aware that comparisons with other religious figures are often overblown, I had previously underestimated the uniqueness of Jesus’ miracle-working behavior.

Jesus did perform some miracles out of compassion (e.g., Mark 8:2-3). And sometimes he performed miracles to teach about faith (e.g., Mark 4:40). But the primary theme that emerges from the Gospels is that the miracles of Jesus reveal his identity as the long-awaited Messiah.

Consider two quick examples. In response to the question by John the Baptist as to whether Jesus is the “one who is to come,” Jesus cites various miracles and alludes to Isaiah 35:5-6 and 61:1, which predict the kind of miracles that will accompany the messianic age.

And in the Gospel of John, Jesus announces that he is “the resurrection and the life” and then raises Lazarus on the fourth day in demonstration of the credibility of his astonishing claim (John 11:1-44).

The Pattern Behind the Miracles

The miracles of Jesus are not haphazard, random, or borrowed from other religions. There is a discernible pattern behind his miracles that emerges upon examination. While this passage from Dr. Blomberg is longer than I normally cite, it is eye-opening and worth reading carefully.

“What does all this have to do with the credibility of the New Testament miracles? It shows that there are recurrent, discernible, worthy patterns behind Jesus’s miracle-working behavior. When one turns to the later Christian apocrypha or to Jewish and Greco-Roman ‘parallels’ from the years immediately before and after Jesus’s ministry, no such patterns emerge. In fact, no one else has more than a handful of miracles ever attributed to them. In apocryphal texts, later Christians are fancifully imagining what Jesus, the ‘boy wonder,’ might have been like, and filling in other perceived gaps in the earliest Gospels.

The Greco-Roman parallels more often than not are myths about the cycle of the seasons, from the new birth of plant life each spring to its seeming death the following winter. The closest parallels come in ancient Judaism and, of course, before that in the Old Testament. But even there, miracles are at most a harbinger of the messianic age to come. In none of these bodies of literature, apart from the Old Testament, do the individuals treated act in a consistently coherent and meaningful fashion.

And even the Old Testament miracles are considerably more diverse than the New Testament ones. On occasion, an alleged miracle may be used to point to a person’s supposed postmortem deification. But nowhere do we have anything like the claim that a shift in the two main stages of human history has come, from the age of prophecy to the age of fulfillment, from the old to the new age, or from premessianic to the messianic age. Nowhere is there even the claim that a god’s kingly reign has arrived but only partially and that the rest of what has been predicted about him awaits a future coming” (p. 62).

Of course, this doesn’t mean the accounts are true. But as Blomberg points out, it is sufficient to debunk the charge that the miracle claims of Jesus are random, flippant, and simply borrowed from other sources.

If you are looking for a historical defense of the miracles of Jesus, check out the updated edition of Evidence that Demands A Verdict (with Josh McDowell).