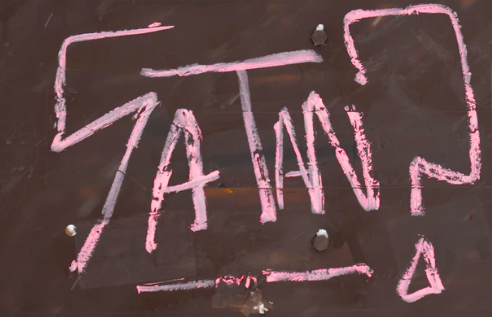 How Can God and Satan Be in A Cosmic Struggle?

How Can God and Satan Be in A Cosmic Struggle?

Have you ever wondered how God and Satan could be engaged in a genuine cosmic struggle? Since God is all-powerful, and Satan is a limited being, how could they be in any genuine conflict at all?

To solve this dilemma, some have offered cosmic dualism, the idea that God and Satan are equally powerful beings vying for rulership of creation. But Scripture utterly rejects this idea through teaching that God is omnipotent.

God has the power to wipe out Satan. And some day He will (see Revelation 20:7-10). The conflict must be of another kind.

Questioning the Character of God

Recently I was reading Theodicy of Love by John C. Peckham and he made the astute observation that the conflict between God and Satan is not over power, but over the character of God. According to Peckham the conflict “cannot be won by the mere exercise of power but is met by an extended demonstration of character in a cosmic courtroom drama” (p. 88).

As Peckham notes, Satan has been disparaging the character of God since the Garden of Eden. In Genesis 3, the “serpent” tries to undermine God’s character by suggesting that He is keeping something good from Adam and Eve. Eve has to choose between trusting God or believing the slanderous lies of the devil. Which will it be?

From Genesis to Revelation, questions regarding God’s character and government are raised in heaven and on earth. Since the enemy’s slanderous allegations are epistemic in nature, they cannot be effectively answered by any display of power, however great. Indeed, no amount of power exercised by a king would prove to his subject that he is not unjust. No show of executive power could clear the name of a president accused of corruption. A conflict over character cannot be settled by sheer power but requires demonstration (p. 91).

This gets to the heart of how God and Satan can be in a genuine cosmic struggle. Satan disparages God’s character, and God responds by defending and vindicating His name.

The Example of Job

Consider the story of Job. Satan appears before God questioning both the sincerity of Job and the justice of God. The implication of the story seems to be that the dispute was ongoing. Despite his severe suffering, Job remains faithful and Satan’s accusations are proven false.

Yet Job is merely a shadow pointing forward to the ultimate vindication Jesus offered through his life, death, and resurrection. Satan disparaged Jesus by having him executed as a criminal, yet in his resurrection God demonstrated His righteousness to the world (see Romans 3:25-26).

The apostle Paul viewed his own life through the lens of this cosmic drama: “For I think that God has exhibited us apostles as last of all, like men sentenced to death, because we have become a spectacle to the world, to angels, and to men” (1 Cor 4:9).

Paul saw his life as a public testimony to both humans and angels. He knew that his life, and especially his response to suffering, could speak powerfully about the character of God. Paul knew his life could expose the lies of the devil and help vindicate God’s name.

Remarkably, each believer today is also part of this cosmic drama. If you are a Christian, that means you. And it means me.

God has already defeated Satan on the cross, and some day he will be judged. But in the meantime, for reasons we are not fully given in Scripture, Satan is allowed to disparage God’s name. Hence, God and Satan are engaged in a cosmic struggle.

So, here is the question: Are you living your life in a manner, whether in prosperity or sickness, that brings honor and vindication to the name of Christ? In other words, how are you contributing to the cosmic drama?