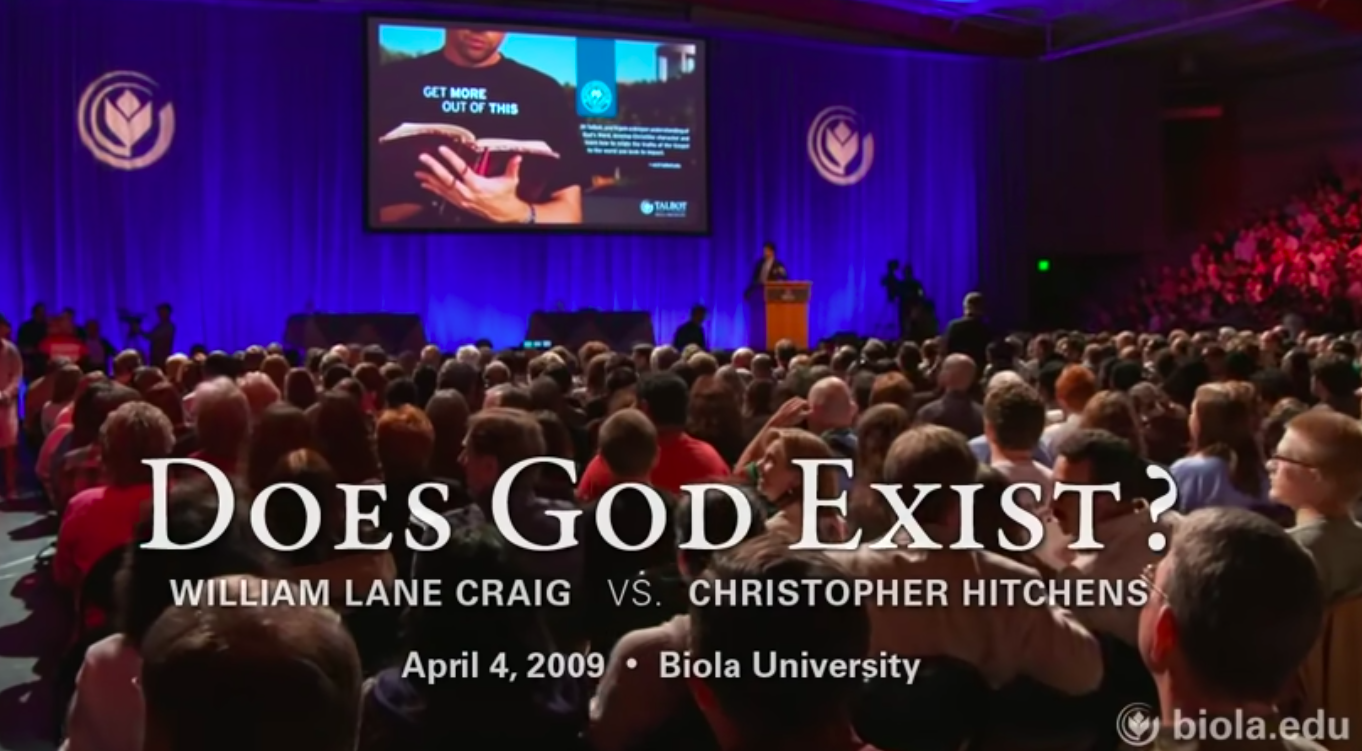 5 Must-See Debates During the Quarantine

Let’s face it. The quarantine has forced us all to rearrange our schedules. Why not make the most of it by watching some important debates on spiritual issues? Here’s five of my top ones. As you can tell, they include philosophical, historical, theological, and moral issues.

My dad has been in ministry for over five decades, and this debate was one of his highlights. To this day, now forty years later, people still mention to him how significant this debate was to them. In 1981, Ahmad Deedat was one of the most influential Muslim apologists in the world. In a packed arena in South Africa, my father debated him on the question of the crucifixion of Christ. The recording is second-rate, but the content is remarkable.

When this debate took place in 2009, Christopher Hitchens was one of the most recognizable atheists in the world. His book god is not Great was a New York Time’s Bestseller and the “New Atheists” were having significant cultural impact. In a packed house at Biola University, in which the energy was palpable, he and William Lane Craig debated the evidence for the existence of God (if you look closely, you can see me in the stands at stage-right!)

Michael Licona vs. Bart Ehrman: Are the Gospels Reliable?

By almost any measure, Bart Ehrman is one of the most influential agnostic/atheists in the world. He has written a ton of books on the historical Jesus (and even one on the problem of evil) that challenge the historic Christian faith. In 2018, at Kennesaw University, he and Michael Licona debate the historical reliability of the Gospels.

Sean McDowell and Matthew Vines: What Does the Bible Say about Homosexuality?

This exchange was not a formal debate–it was a conversation about the Bible and homosexuality. With the release of his book God and the Gay Christian, Matthew Vines has become one of the most recognizable and influential Christians who embrace the revisionist view of the Bible and same-sex relationships. At a church in southern California, Sean and Matthew discuss the biblical case for and against same-sex relationships.

Both Wood and Dillahunty have considerable followings on YouTube. And they have established themselves as leading defenders of their respective positions. Through the Modern-Day Debate YouTube site, they debate whether theism or secular human better explains morality.

If you think I missed any important debates, please let me know. I would love to hear what debates you think are worth watching!

Check out the updated edition of Evidence that Demands a Verdict, which I co-wrote with my father. It has roughly 75% new material from the previous edition.