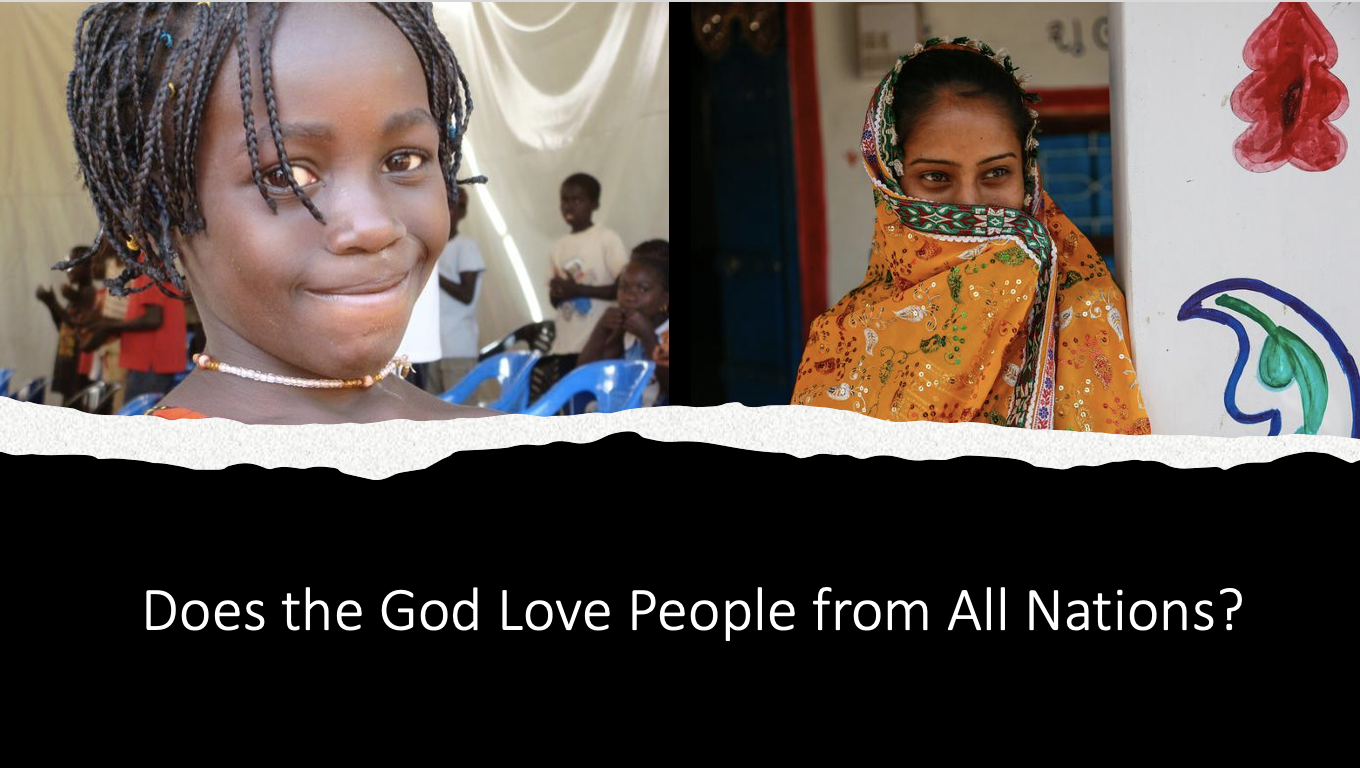 Does the Biblical God Only Care about Certain Ethnicities?

Many people believe Christianity is a white man’s religion. Others believe the Biblical God only cares about the Jews. Is this true?

The truth is that God makes it clear in Genesis––the first book of the Bible––that He cares about all people. From the beginning, God has had a heart to be in relationship with people of every nation on earth. And that includes you.

First, Genesis Is A Creation Account for All People

The creation story in Genesis 1-2 is not about the Hebrew people. It is about the first couple who became the living ancestors of all of us (See Acts 17:26). The Hebrew people are not mentioned until Genesis 12 when God calls Abraham to leave his homeland and become the father of a great nation.

The flood was not a punishment on the Hebrew people. And the Tower of Babel included the people from the whole earth who shared one language (Gen. 11:1). God dispersed them throughout the planet because of their disobedience.

Genesis is not the creation story for the Hebrew people, but for all people. Adam and Eve are not just the ancestors of the Jewish people, but of us all.

While God sovereignly picked the Israelites to be his chosen people, the goal was always for them to be His instrument to reach and bless the entire world. In his covenant with Abraham, God says that “in your all the families of the earth shall be blessed” (Gen. 12:3) When David was about to kill Goliath, he shouted that the purpose was “that all the earth may know that there is a God in Israel.”

Third, God Cares about Those Outside the Covenant

While God chose Jacob to be a Patriarch as part of His covenant, he also cares about his brother Esau. Though not part of the covenant, Genesis devotes an entire chapter to the genealogy of Esau. Why? Jewish commentator Dennis Prager explains:

Because he, too, was the recipient of divine promises. As is made clear in the Torah, God cares not only about the Jewish people but about all people, including the descendants of Esau, some of whom became Israel’s archrivals (Genesis: God, Creation, and Destruction, p. 417).

God Wants People of All Nations to be Saved

The rest of the Bible makes it clear that God cares about all people. He sends Jonah to be a prophet in Nineveh, the capital of the Assyrians who later captured the Northern Kingdom of Israel.

And the New Testament makes it clear that the Gospel message––for which the seeds were planted in the OT––is meant for all nations. In his Pentecost speech, Peter addressed “devout men from every nation under heaven” (Acts 2:5). He spoke in tongues of people so everyone could understand in their native language. The heart of this first message is that God is pouring out his spirit on all people throughout the earth. The Gospel is truly meant for “all nations” (Matt. 28:18-20).

God’s heart is not for people of a certain ethnicity, sex, or nation. His heart is that all people turn to Him in repentance and experience salvation (2 Pet. 3:9).