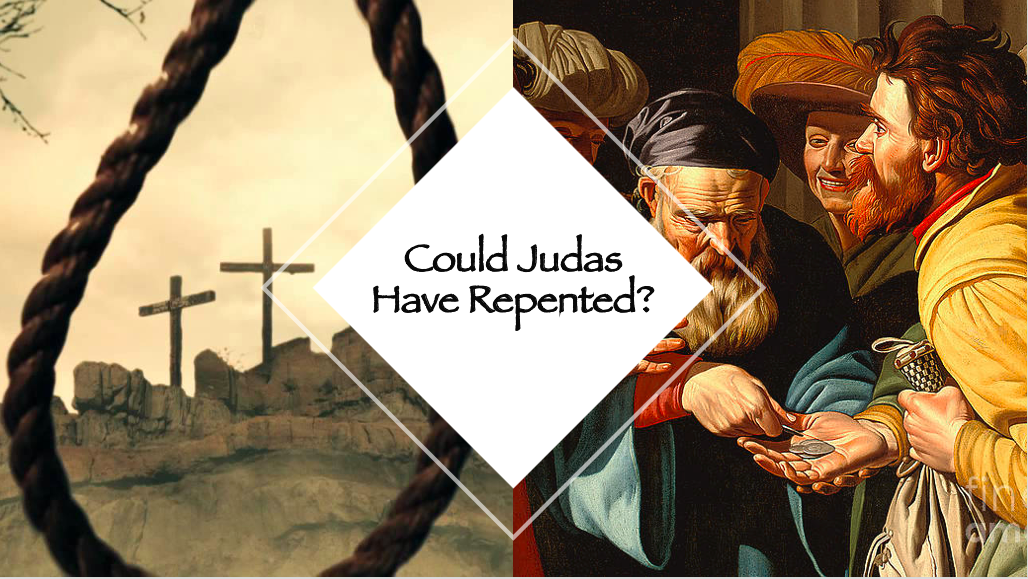 Could Judas Have Been Forgiven by Jesus?

In a recent sermon on Matthew 26:30-46, I compare and contrast the failures of both Peter and Judas during the passion narratives. Peter denies Jesus three times, and Judas betrays him.

While Jesus restores Peter and commissions him as the new shepherd of the church (John 21:15-19), could Judas have been restored if he repented? This question is important because it gets to the question of the depth of God’s grace.

If God could have forgiven Judas, then God can seemingly forgive any offense we might commit. And that is good news.

Peter’s impulsive denial of Jesus is undoubtedly more severe than Judas’s premeditated betrayal. Yet remember, Jesus had earlier said, “Whoever denies me before men, I also will deny before my Father who is in heaven” (Matthew 10:33). Both Peter and Judas had betrayed trust, which is considered one of the most heinous offenses in antiquity.[1]

Nonetheless, their responses are radically different. After his denial, Peter “went out and wept bitterly” (Matthew 26:75). He was aware of how deeply he had betrayed Jesus, and yet because of his humility, Jesus restores him by the Sea of Tiberias. He persevered in the faith. In contrast, Judas fails to persevere, and takes his own life in despair and dishonor (Matthew 27:5).

Did Judas Commit the “Unforgivable Sin”?

Some think that Judas may have committed the “unforgivable sin.” But where is that in the text? His sin was certainly great. After all, Jesus said that those who delivered Jesus to Pilate “committed the greater sin,” which likely included both Judas and the religious leaders (John 19:11). The graphic death of Judas is meant to portray his level of wickedness (Acts 1:18).

The sin of Judas was great, but it was not unforgivable.

Jesus Offers Forgiveness to All Who Will Ask

In Acts 8:9-24, Simon the Sorcerer tries to buy the power of the Holy Spirit from the apostles. Horrified at his request, Peter says, “May your money perish with you, because you thought you could buy the gift of God with money!” Like Judas, Simon had seen powerful acts of God, and yet is willing to sell the gospel for money. Yet despite his grievous sin, Peter calls him to repentance.

Here is the bottom line: The sin of Judas was great. He had seen the miracles of Jesus and heard his teachings, and still betrays him for money. And yet Jesus would have restored him. Interestingly, this is how C.S. Lewis portrays the betrayer (Edmond) in The Lion, the Witch and the Wardrobe.

If God can forgive Judas, then he can forgive any of us. No matter the level of your failures, God can restore you. That is the good news.

For historical evidence that the Christian story is true, check out the updated Evidence that Demands a Verdict (co-written with Josh McDowell).