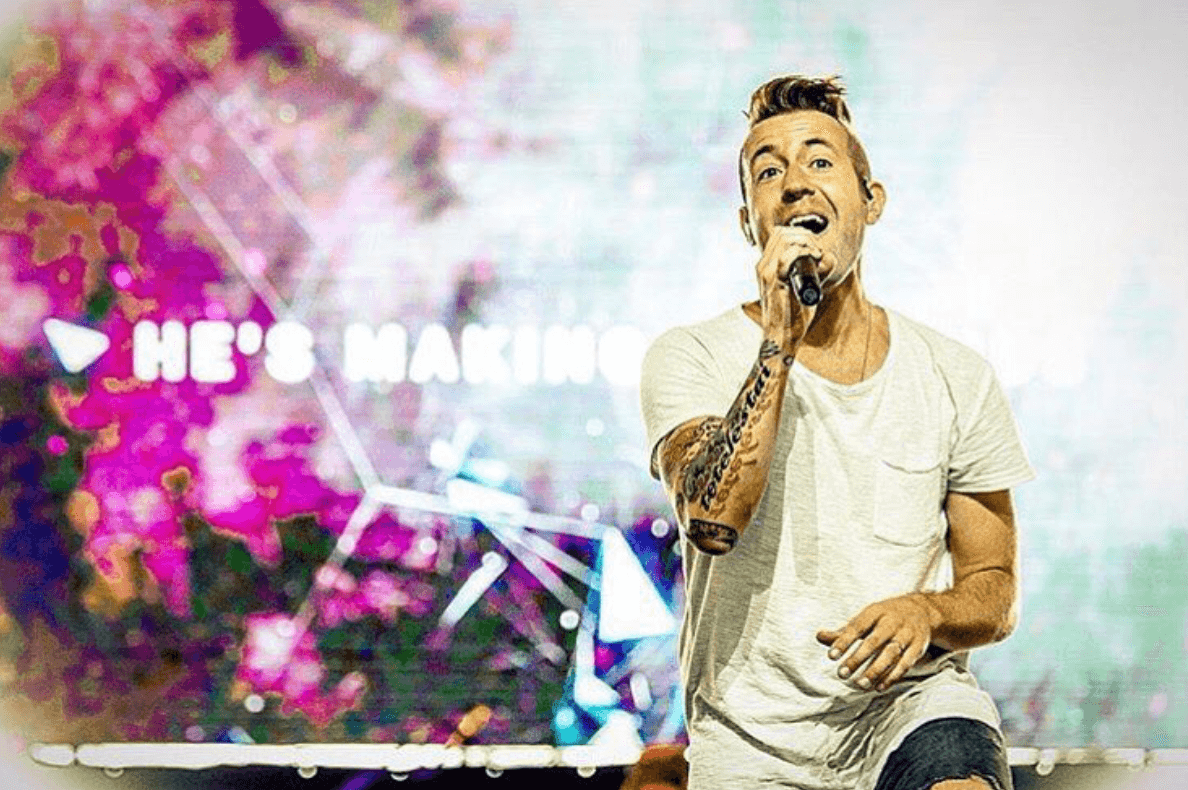 Christian Rockstar Loses His Faith. 3 Big Lessons for the Church.

Starting in the early 2000s, Jon Steingard became a household name in Christian circles as the singer and guitarist for the band Hawk Nelson. Now he says, “I no longer believe in God.” What happened? And what can we learn from his experience?

In a recent 2,200-word post on Instagram, Steingard tells the story of slowly fading from his Christian faith, which he compares to “pulling on the threads of a sweater.” I would encourage people to read his post, but be prepared, because it is heart-wrenching as he describes being in a “very dark place”:

“What do you do when the rug is pulled out from under your feet? When you find yourself no longer believing the thing at the core of how you see yourself and see the world? What do I teach my children? If I’m honest about this, will all my Christian friends abandon me? Will this alienate me from my family? Will this leave me with nothing?”

As someone who grew up with a “celebrity Christian dad,” I understand the kind of pressures he describes in his post. And even though we have never met, my heart goes out to him. I am glad he now feels the freedom to be “transparent and open.” I am heartbroken to hear this has been such a difficult journey for him. And I wish him the best moving forward.

The point of this post is not to criticize him. What would that accomplish anyways? Nor is it to answer the apologetic questions he raises. I have addressed these questions elsewhere. Rather, it is simply to point out lessons for the church moving forward. I hope we can all pause, reflect on his story, and do better as a result.

First, We Must Make Room for Doubt

Jon describes being “terrified” at expressing his loss of belief and what it would mean for him professionally and personally. If I read his story correctly, he seemed never to feel the freedom to raises doubts about his faith except for in a few private conversations. And when he did, he has experienced “absolute shock that [his doubts] are shared by nearly every close friend [his] age who also grew up in the church.” If this is true, then there may be many more people struggling with doubt in the church. How can we ignore this?

I also went through a period of significant doubt in my life. While I was certainly not a rockstar (my kids can attest to my lack of musical abilities) my father has been one of the most influential apologists over the past half century. When I told him as a 19-year old that I wasn’t sure I believed “this Christian stuff,” he simply encouraged me to seek truth and wanted to be sure I knew his love for me was unconditional. He didn’t freak out. He wasn’t threatened. He simply gave me space to work through my doubts.

In their book Sticky Faith, Kara Powell and Chap Clark show that young people do not often abandon their faith solely because of doubt. Rather, it is unexpressed doubt that is corrosive to faith. Believe it or not, but I still have some doubts today. I am not certain Christianity is true. I am confident, but not certain. My doubts drive me to find answers and also to rest in God’s grace.

As a church, we must make space for people to doubt. In fact, we should invite it.

Like me, Jon grew up in a Christian home with a father in full-time professional ministry. Yet his church experience was quite different than mine. Church was not something he did but the “life” of his family. He writes:

“When you grow up in a community that holds a shared belief, and that shared belief is so incredibly central to everything, you simply adopt it. Everyone I was close to believed in God, accepted Jesus into their hearts, prayed for signs and wonders, and participated in church, youth groups, conferences, and ministry. So, I did too.”

Yet there were things about Christian culture that made him uncomfortable–and understandably so! His doubts began when he went to a youth conference that encouraged every teen to “sign a pledge that they would ‘date Jesus’ for a year.” It felt manipulative to him, and so he didn’t sign. Good for him. But he pressed on because everyone he knew believed in the Christian God. So, he felt it must be true.

I can remember similar church experiences that rubbed me the wrong way too. But here is one difference in our experience: these experiences never made me question my faith. My faith was not––and is not––in the church. I am a Christian because I believe it is true. My dad once told me that if Christianity were not true, I should give it up (see 1 Corinthians 15:14, 17).

If we socialize people into believing in God through church, without offering bigger reasons for the truth of Christianity, then should we be surprised when they start to doubt at experiencing failures in the church?

Ultimately, I am a Christian because I believe Jesus rose from the dead. The resurrection of Jesus is existentially powerful and historically credible. In contrast, when Jon no longer believed that the Bible was the “perfect Word of God,” he gave up his faith. For the record, I think there are good answers to the challenge of contradictions, but even if there were contradictions in the Bible, I would not abandon my faith. It might make me rethink inspiration, inerrancy, and how the Bible was put together, but it would not cause me to walk away from Jesus. The resurrection is the heart of the Christian faith, and it can be historically demonstrated even with an imperfect Bible (again, for the record, I do think the Bible is both inspired and inerrant).

My point is simply that we need to keep the main thing the main thing. The only good reason someone should be a Christian is if it is true. And we can know it’s true by direct testimony of the Holy Spirit and by examining the historical evidence for the resurrection.

Jon’s journey from faith was professional, personal, and intellectual. He raises some tough questions that troubled him:

“If God is all loving, and all powerful, why is there evil in the world? Can he not do anything about it. Does he choose not to? Is the evil in the world the result of his desire to give us free will? Ok then, what about famine and disease and floods and all the suffering that isn’t caused by humans and our free will? If God is loving, why does he send people to hell?”

He also raises common questions about the God of the Old Testament being vindictive, judgmental, and cruel. These are important questions that should not be brushed under the rug. They demand a thoughtful response by Christians.

But here is a point we must not miss: None of these are new questions. They may have been new to Jon during his period of questioning, but Jews and Christians have been thoughtfully wrestling with these questions for thousands of years. And some of the greatest minds in world history­––people like Saint Augustine in the 4th-5thcentury and philosopher Alvin Plantinga today––have found the answers convincing.

Christianity has a long history of addressing these difficult questions. I am saddened that Jon grew up in a church that did not seem to appreciate the rich Christian tradition of loving God with the mind.

Much more could be said. If Jon happens to read this, I hope he finds that I have been charitable to him. Stories like this break my heart. But they also encourage me to think deeply about how I can do better as a parent, speaker, writer, and professor.

I hope that is your response too.