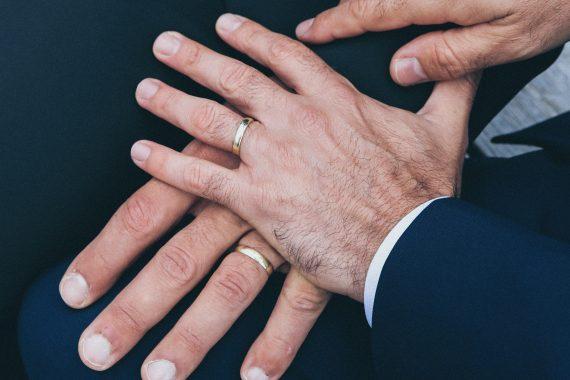 Karen R. Keen has written the most recent book making the case that the Bible supports same-sex relationships: Scripture, Ethics & The Possibility of Same-Sex Relationships (Eerdmans, 2018). Overall, this book makes similar arguments as found in books by James Brownson, Matthew Vines, and David Gushee. Yet, there are a few fresh contributions as well.

Let’s begin by considering a few positive aspects of the book. First, in chapters 4 and 5, Keen carefully lays out her hermeneutical approach for drawing ethical conclusions from Scripture. It is immensely helpful to see the hermeneutical process that enables her to conclude that the Bible supports same-sex relationships. I wish more authors on all sides of the debate would be so clear.

Second, for the most part, she accurately represents conservative views and arguments regarding same-sex unions. I was pleasantly surprised to see how carefully she articulates four “traditional arguments” for natural marriage (p. 26-30). Regardless of where someone stands on an issue, it is noteworthy when a position is represented fairly. Keen has done this well.

Third, Keen offers an interesting prediction as to where this debate is headed:

“Adherence to ex-gay perspectives or Gospel Coalition positions [Rosaria Butterfield, Sam Allberry, and Christopher Yuan] will probably continue but is less likely to dominate the conversation in coming years. If historical trends continue, whatever paradigm shifts occur in the future will likely flow from gay and lesbian Christians truthfully testifying about their lived reality” (p. 14).

Overall, Scripture, Ethics & The Possibility of Same-Sex Relationships is a forceful book arguing for the revisionist view of same-sex unions. It is thoughtful, informed, and succinct. If anyone wants to genuinely wrestle with the biblical case revisionists are making, they need to interact with this text.

Nevertheless, I remain unconvinced. Here are five of my reasons.

Keen rightly notes that the core issue today is gender and anatomical complementarity. According to Keen, “The story of Adam and Eve demonstrates that marriage is, first of all, a union founded on commonality, not differentiation.” When Adam marvels that Eve is “flesh of my flesh,” says Keen, he is announcing that she is similar to him (kin) not different (like the animals). Thus, according to Keen, covenanted love and not gender differences are the foundation of marriage.

It is true that some conservative commentators err by focusing solely on how Eve is different than Adam (gender). But Keen makes the same mistake by focusing entirely on their similarity (humanity). The reality is that both similarity and difference are in view and are essential for understanding the biblical view of marriage.

This is made clear with the Hebrew term for “fit for him,” or as some translations say, “suitable,” which is found in v. 18 (Then the Lord God said, “It is not good that the man should be alone; I will make him a helper fit for him”). The Hebrew word is kenegdo, which literally means “like his opposite.” She is like Adam (ke) in that she is human. But she is different than him (neged) because she is female.

According to Hebrew professor Brian Peterson, “God seems to be declaring that the man needs a helper that, when standing ‘in front of him’ (negdo) is his opposite…That is why God built the woman with the perfect physical anatomy that would ‘fit’ the man’s anatomy when they stood ‘in front of’ one another!”

According to Genesis 2, marriage is about covenant love and sexual complementarity. Similarity and difference both matter.

In Matthew 19, Jesus is asked about the permissibility of divorce. In response, he cites both Genesis 1:27 (“So God created man in his own image, in the image of God he created him; male and female he created them”) and 2:24 (“Therefore a man shall leave his father and his mother and hold fast to his wife, and they shall become one flesh.”).

Yet, according to Keen, Jesus views marriage not as a gendered institution, but merely “the unity of two people” (p. 30-33).

This conclusion betrays a clear reading of the text. The man leaves his father and mother, which indicates the home is meant to be one man and one woman. And then he shall “hold fast” to his wife, which means the relationship is meant to be both gendered and permanent, and they shall become “one-flesh.” This new couple will begin their own marital union, which will also be oriented towards filling and populating the earth through procreation (fulfilling the commandment of Gen 1:28, which requires male and female).

Marriage is the union of two people. But it is not any two people. Taking his cues from Genesis, Jesus believed marriage was meant to be the permanent union of one man and one woman who become “one flesh” for one lifetime.

Nevertheless, Keen believes marriage is about faithfulness, not procreation. Thus, she notes that a lack of children does not annul a marriage bond (such as in the case of Elkanah reassuring his wife Hannah that their marriage was valid, even though she was barren).

Keen notes: “One can have marriage without children, but one cannot have marriage without fidelity.” This is true insofar as it goes. But it misses the point. Children are the natural result of the “one-flesh” union of a man and a woman. Even if a child does not result, a man and woman can still enter the kind of “one-flesh” union that is oriented towards procreation. Hannah and Elkanah entered into the “one-flesh” union of marriage, even though she was barren. The same cannot be said for same-sex relationships, which by their very nature cannot be barren, because they are not biologically oriented towards children.

3. Virtue and the Fruit of the Spirit

In the chapter on interpreting the Bible, Keen argues that same-sex relationships can be virtuous. She writes,

One problem with this claim is that sin is not merely a violation of the fruit of the Spirit, but technically means “missing the mark.” Sin is falling short of an objective standard of morality grounded in the character of God Himself. The goal of developing virtues is to cultivate certain character traits so we can properly love our neighbors in accordance with how God has designed us to live.

Galatians does include a list of the fruits of the Spirit (peace, patience, self-control, etc.). Yet Paul also includes a vice list of behaviors that the Spirit-filled believers will avoid. Interestingly, he begins the list with the command to avoid sexual immorality (which would have included fornication, adultery, homosexual behavior, and so on). Paul begins other vice lists with sexual sins as well (Romans 1:24, 1 Cor 6:9, Ephesians 5:3-5, and Colossians 3:5). In other words, Spirit-filled believers will avoid sexual immorality­ as well as the rest of the sins listed in these passages.

Virtue and law are not in opposition. Rather, virtues are developed in order to love people through obedience to the moral law. This is why Jesus, “If you love me, you will keep my commandments” (John 14:15). Love involves much more than following certain commands. But it involves no less.

In one of the more emotionally laden parts of the book, Keen blames conservatives who reject same-sex unions for the “problem of promiscuity and broken relationships” in certain parts of the gay and lesbian community (p. 81). She concludes:

“Unable to achieve celibacy but barred from forming covenant relationships, a gay person is caught in an impossible situation. Not surprisingly, this can lead to deep depression, suicidal ideation, and self-destructive coping mechanisms. By accepting same-sex covenanted relationships, we take into account the psychological and physical well-being of gay people. If the humanitarian exception to the rule had been offered to Ryan Robertson [a young gay may who died of an overdose at twenty] would probably still be alive today.”

In other words, those who hold to the historic Christian teaching about sex and marriage are responsible for the loneliness, depression, and deaths of many LGBTQ people. This is a serious charge that has persuaded many people. But is it true?

Let’s consider a scenario that tests this claim: Shouldn’t nations with a minimal evangelical presence have substantially less suicides among the gay and lesbian population? Wouldn’t LGBTQ people in gay-affirming nations be more emotionally healthy than those in nations, such as America, with a significant evangelical non-affirming presence? The answer has to be yes.

In reality, though, the Netherlands is perhaps the most gay-affirming nation in the world. It was the first country to legalize same-sex marriage in 2001 and has the highest percentage of people who affirm same-sex marriage in any EU country. It decriminalized homosexual behavior in 1811 and opened the first gay bar in 1927. And yet, according to one study, gay men in the Netherlands are at a much higher risk for suicidality than heterosexual mean.[1]

As my friend Christopher Yuan has observed in his soon-to-be-released book Holy Sexuality and the Gospel, “Jumping to the wrong conclusion distracts from discovering the real problem. In actuality, the blood may not be on the hands of evangelical Christians holding to biblical sexuality. Rather, the real, lasting, and eternal harm is being committed elsewhere.”

Throughout the book, Keen argues quite extensively that biology is irrelevant when it comes to the nature of marriage. Rather than being about procreation or sexual differentiation, she believes that marriage is about covenant faithfulness.

Given her rejection of the importance of biology, I found it ironic that she makes a design argument in chapter 6 that is rooted in biology (“The Question of Celibacy for Gay and Lesbian People”). Keen writes, “God designed human beings for intimate relationships. Lifelong celibacy is an atypical state that goes against our biology” (italics added). In other words, human beings are made for sexual relationships and not celibacy. Keen believes that biology matters deeply when it comes to the celibacy requirement.

And yet she discounts the value of biology when it comes to the nature of marriage. Which is it? Does biology matter or not? If it matters, then she can’t discount sexual differentiation in marriage. If it doesn’t matter, then what’s the problem with the celibacy requirement? She appeals to biology when it makes her case but discounts it when it does not.

Much more could be said about the book. Ultimately, Keen wants to persuade conservatives to consider the possibility of same-sex relationships. Believe it or not, I am open to that possibility if that is what the Bible actually teaches. Yet, revisionists need to do more than argue for the possibility of their position. They need to show that it is the most reasonable. And this is far from the case.

*Since writing this review, Preston Sprinkle has released a lengthy and very important review of the book as well: https://www.centerforfaith.com...

[1] Ron de Graaf, Theo G. M. Sandfort, and Margreet ten Have, “Suicidality and Sexual Orientation: Difference Between Men and Women in General Population-Based Sample from the Netherlands,” Archives of Sexual Behavior 35, no. 3 (June 2006): 253.