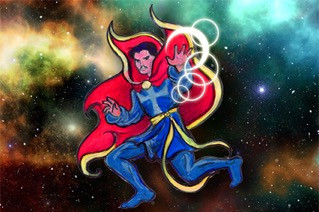 Avengers: Endgame and the Problem of Evil

Avengers: Endgame and the Problem of Evil

The problem of evil (a.k.a., the problem of suffering), in my experience, is by far the greatest reason atheists offer for their lack of belief. In a nutshell, the problem of evil/suffering comes down to this: Why would a perfectly good, loving, and all-powerful God allow so much pain, evil, and suffering in the world? Since many cannot make sense of this, they often either get mad at God and resent Him, or they simply abandon their faith altogether and become atheists.

Avengers: Endgame, however, provides Christians a unique opportunity to help non-Christians who struggle with the logical problem of evil and suffering, to see that this problem is really no logical problem at all.

Doctor Strange used the time stone to not merely look forward into the future to see what WILL happen, but to evaluate over 14,000,000 “alternate futures” (otherwise known as “possible worlds”) to see what “WOULD happen IF.” Doctor Strange is doing this because although it is not logically impossible for the Avengers to defeat Thanos (of course that COULD happen), he wants to see if there is a possible world that could be actualized (what philosophers and theologians describe as a “feasible world”) in which the Avengers actually would defeat Thanos!

Doctor Strange explains that he examined over 14 million possible alternate futures, but out of the multi-millions of possible worlds surveyed, he knows of only one in which the good guys actually defeat Thanos in the end. One in 14 million is typically thought of as “horrible odds.”

Many thought the ending of Infinity War was one of despair. I, however, was filled with hope. This is because it seemed that these “alternate futures” were not merely based on chance alone, and that Doctor Strange gained knowledge of how all of these super heroes and villains would freely choose in each of the millions and millions of possible worlds he examined. Possessing this knowledge of how these super-powered persons would freely choose in each of these possible futures (similar to what theologians refer to as God’s “middle knowledge”), it seemed to me that Strange freely chose himself — and did everything in his power — to make the possible world in which the good guys would win the actual world in which the good guys will win. Indeed, right before Strange fades away at the end of Infinity War he tells Tony Stark, “It was the only way.”

As we see in Endgame, this “best feasible world” according to Doctor Strange, is the one in which the greatest number of persons flourish and the evil of Thanos is eventually conquered. As Strange tells Stark in Endgame, “If I tell you what will happen, it won’t happen!” Be that as it may, this particular world is also filled with temporary, but extreme amounts of pain, evil, sadness, and suffering before the ultimate good can be realized.

Is Doctor Strange evil for ensuring this possible future/world became the actual future/world? Not at all. In fact, the entire theater cheered for him and recognized him as the savior of the Marvel Universe. As Bruce Banner exclaims: “He must’ve done it for a reason!” Even though Strange created a reality with so much pain and suffering, it is clear that he created the best feasible world after accounting for all the actions of all the free agents — both heroes and villains. Why, then, if Strange is a hero, should anyone think anything less of God — the savior of the actual universe?

God should be praised

God actualized and created the best of all feasible worlds. Perhaps this world is the one in which the greatest number of creatures in the image of God freely choose to respond to God’s love and grace and also freely choose to love God and all people eternally into the infinite future. That is to say, this world, suffused with horrible — but temporary — evil and suffering, is also the same world where the greatest number of humans flourish for eternity.

As I predicted a year ago:

Endgame was a glorious three hour ending to Infinity War. Along with being great entertainment, the movie deserves two big thumbs up for solving the logical problem of evil.

Bottom Line: If one sees Doctor Strange as a hero, then he or she should not see the “Problem of Evil” as a problem at all.