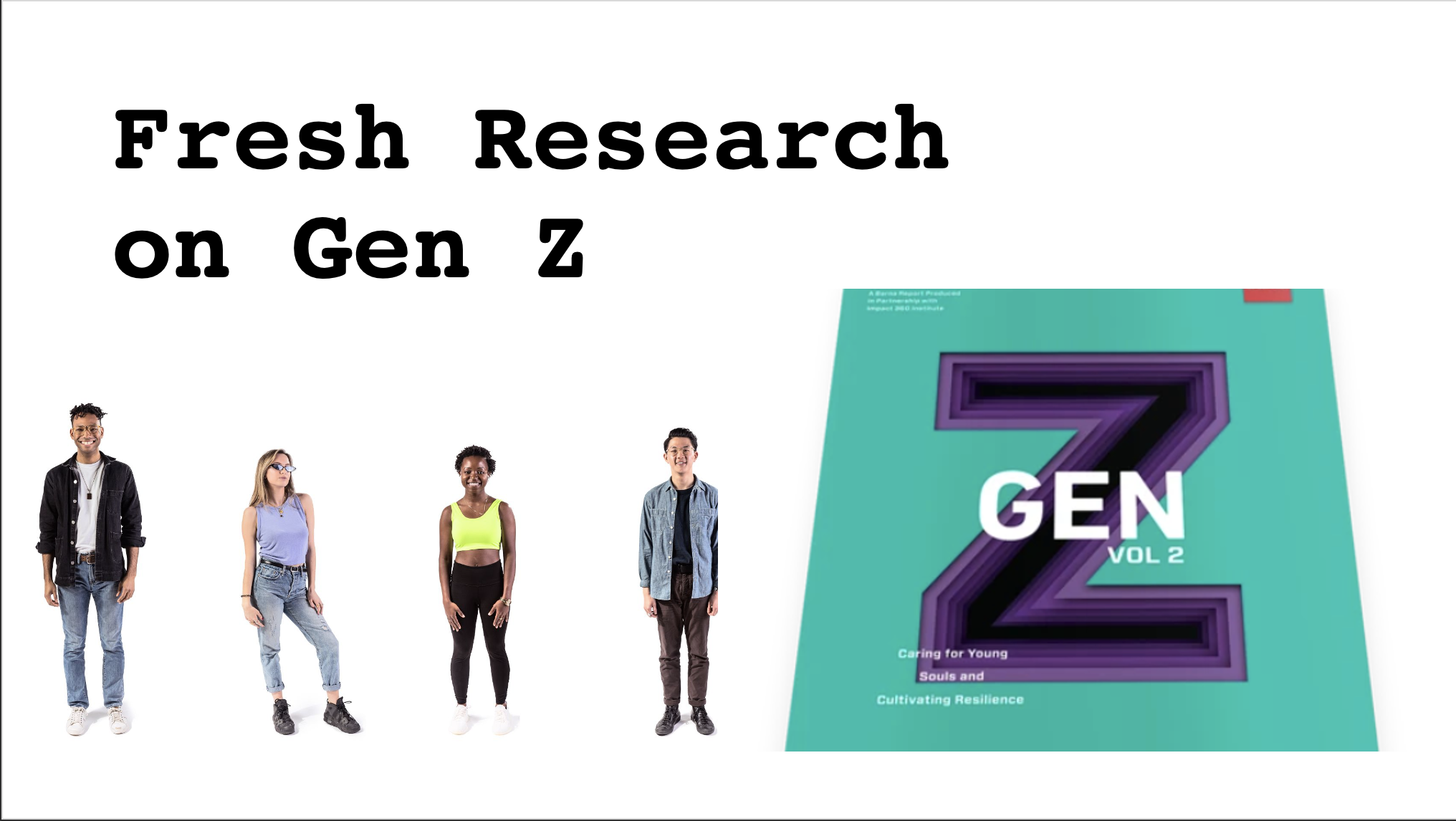 Moral relativism. Humor. Success. Smartphones. These are just a few of the topics that latest Barna Gen Z study explores.

In partnership with Impact 360 Institute, the Barna Research Group has just released volume 2 of their Gen Z research. While this new study builds on the initial 2018 report, it focuses on well-being, screen use, and how to create resilient disciples.

Whether you are a parent, youth pastor or teacher (or really anyone interested in understanding Gen Z), this report will be helpful.

Here are seven of the new insights that stood out to me:

Consider joining me and Jonathan Morrow for a LIVE discussion about the implications of these new findings for ministry to Gen Z: “Breakthrough Study on Gen Z: The Latest Research.” (Wednesday, February 3, 4pm PST) *If you miss the livestream, the interview will remain on YouTube.