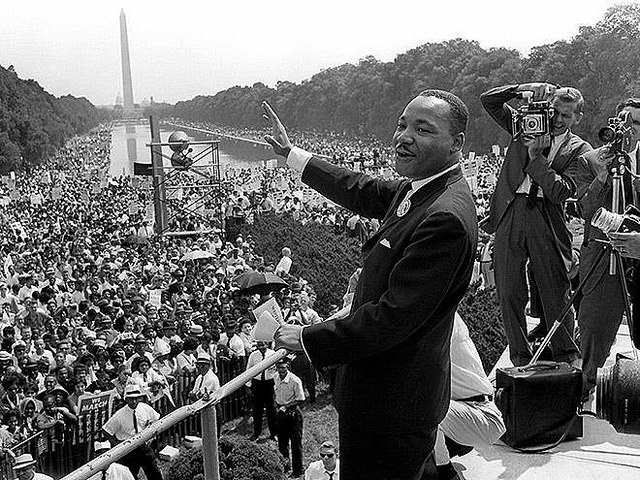 For the past few weeks, I have been reading the essential writings of Martin Luther King, Jr., including his speeches, books, interviews, and articles. The experience has been eye-opening, challenging, and enjoyable.

Even though I disagree with some of his views, his public posture offers some powerful lessons for apologists today (and really, for anyone). Here’s my five big takeaways:

Given the way blacks were treated during his lifetime, MLK had as much reason as anyone to hate his enemies. And yet he consistently emphasized to fellow blacks that they should be driven by agape love, that is, a love that truly desires the good of the other.

In his 1960 speech, “The Rising Tide of Racial Consciousness,” King emphasized that the black struggle must not be to defeat white people, but to win their friendship and understanding. He emphasized over and over again that the goal of ending discrimination must not involve shaming or hating the enemy, but helping them see the light through genuine acts of love.

Sadly, sometimes apologists forget this truth. The primary goal must not be to defeat atheists or Muslims in argument, but to love them as people made in the image of God.

2. Ends Do Not Justify the Means

In an article for Christian Century entitled, “Suffering and Faith,” King emphasized how the means of ending racial injustice must be as just as the message: “We cannot believe, or we cannot go with the idea that the end justifies the means because the end is a preexistent means.”

Out of a desire to convince non-believers to embrace the Christian faith, apologists may be tempted to overstate the evidence. But as King emphasizes, wrong means actually undermine the message. The end and means must both be just.

3. Count the Cost, but Be Optimistic about the Future

King was fully aware that his efforts could cost him his life. He was stabbed, his home was bombed multiple times, and he was shot to death. And yet amidst his suffering, he refused to succumb to despair. He believed good would overcome. In a 1961 address, King said:

Given our cultural milieu, it is easy to slip into despair. But King would urge against it. No matter how dark things may appear, and no matter how much it may cost us to advance the gospel, we need to remember King’s words: “We shall overcome.”

4. Everyone Can Make a Difference

King seemed utterly convinced that each person could make a difference in the world for good. In a commencement address at Lincoln University (1961), King said, “I call upon you not to be detached spectators, but involved participants, in this great drama that is taking place in our nation and around the world.”

You too can make a difference. Write a blog. Give a speech. Mentor a young person. Earn a grad degree. Read an apologetics book. Simply put, get in the game. As King would say, we are each called to make a difference for the advancement of the gospel and for the love of our neighbors.

5. Have a Tough Mind, but a Tender Heart

In his book The Strength to Love, King said, “We must combine the toughness of the serpent and the softness of the dove, a tough mind and a tender heart.”

King calls people to think deeply, examine the facts before reaching a conclusion, and to not accept legends or myths. And yet he also says that the gospel demands a tender heart. Speak truth boldly, but do it from a heart of love.

For a resource to help think biblically about the toughest ethical issues (e.g., gun control, transgender, race), check out my new book A Rebel’s Manifesto.