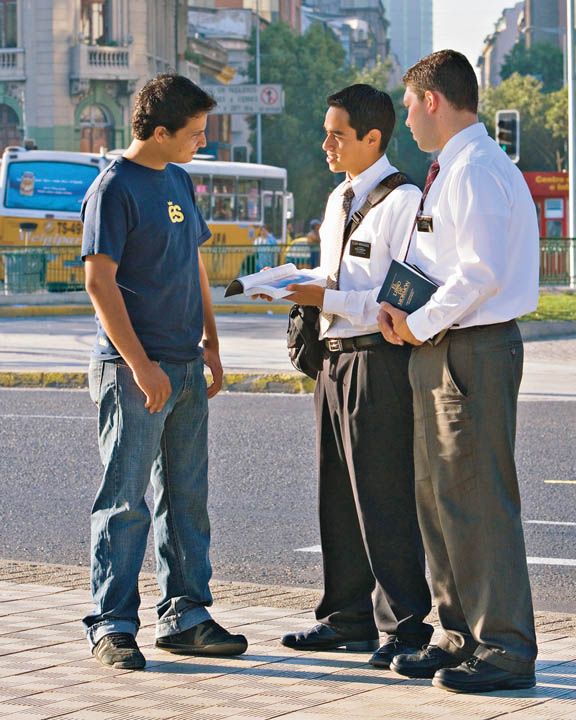 4 Significant Cultural Trends Seen Through the Lives of Young Mormons

4 Significant Cultural Trends Seen In the Lives of Young Mormons

I recently picked up a copy of The Next Mormons (Jana Riess, Oxford University Press) and was fascinated to see how younger Mormons are transforming the LDS Church along similar lines as young people are transforming other segments of society. These trends offer important insights for anyone who cares about understanding and reaching the next generation.

Trend 1: The number of young Mormons leaving the church appears to be rising. Roughly three-quarters of Mormons born before 1964 maintain their faith. But the rate drops to 62.5% for Gen Xers and less than half (46%) for Millennials.

Riess concludes, “We can say with confidence that Mormon retention is declining from one generation to the next, and that the LDS Church is losing a greater share of young adults that it has in the past. We appear to be looking at a current retention rate of 50 to 60 percent. Given other research on disaffiliation among the youngest Millennials and Generation Z, this may drop further as young people age into the data pool” (p. 7).

What reasons do they cite for leaving? For Millennials, the top reasons were (1) feeling judged or misunderstood, (2) not trusting church leadership, and (3) LGBTQ issues. The historicity of the Book of Mormon and the Book of Abraham were significant too. In other words, there is a combination of relational, cultural, and apologetic issues young Mormons cite as to why they disengage their church.

Trend 2: Mental health issues are significant and (possibly) growing. In her book iGen, sociologist Jean Twenge argues that Gen Z may be on the brink of experiencing the most significant mental health crisis in decades. Increase in depression, anxiety, and loneliness cuts across a range of demographics (race, socioeconomic, geography, etc.).

Interestingly, in the Mormon church, early returns from mission are becoming noticeably more common. Greater social acceptance of missionaries who return home early is certainly a factor. But according to one study, the top reason for returning early was mental health (36%). This may be a sign that the Mormon church is not immune from the larger mental health crisis infecting younger generations.

Trend 3: Younger Mormons are shifting political commitments. More than two-thirds of Mormons born before 1965 vote or lean Republican. And yet with Millennials, the number drops to 46%. Identification as democrat (41%) and independent (13%) have both increased considerably with the Millennial generation.

The Mormon church has historically stood behind issues that are in line with the GOP, such as opposing same-sex marriage. Yet Mormon acceptance of homosexuality has grown from 24% in 2007 to 36% in 2014 and then 48% in 2016. More than half of Millennials believe homosexuality should be accepted, and Gen Zers are probably even higher.

This is a stunning change across generations and raises very interesting questions as to the future commitments of individual Mormons as well as official positions among the LDS leadership. Will the Mormon church maintain its traditional family values or shift with the culture? Only time will tell.

Understandably, many former Mormons feel burned by religion and are reluctant to trust religious authorities. Given that most former Mormons say they feel, “freedom, possibility, and relief,” it seems unlikely most (or even many) will return to their lost faith.

*The changing trends among younger generations is one reason J. Warner Wallace and I wrote So The Next Generation Will Know (May 1, 2019). It is a practical guide with strategies for adults to pass on their faith to the next generation. Doug Fields said, "So The Next Generation Will Know is a clarion call for youth influencers to be intentional and strategic in how they minister to students today....If you are looking to have lasting impact on young people today this book will be your indispensable guide."