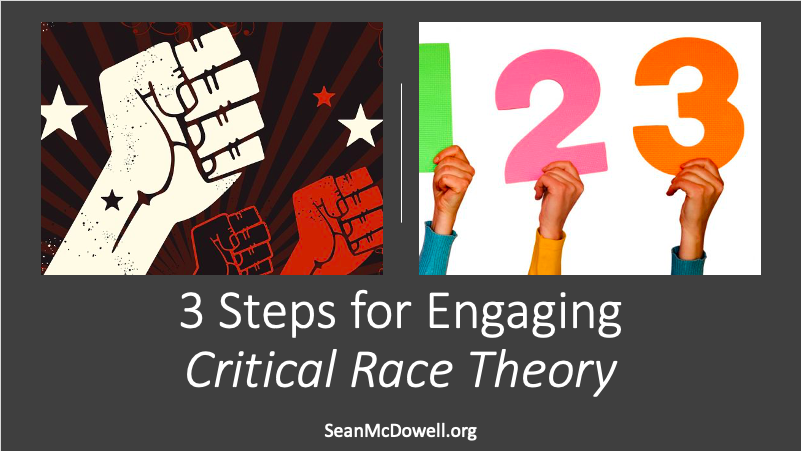 Critical Race Theory (CRT) has become quite the issue of discussion both inside and outside the church. What should Christians think about it? And how should we respond?

Here are three suggested steps for how Christians can thoughtfully and wisely engage CRT.

Shouldn’t our goal be to understand CRT first? After all, Proverbs 18:13 says, “If one gives an answer before he hears, it is his folly and shame.” Don’t we want non-Christians to approach our beliefs similarly? Obviously, if we want others to read Scripture clearly and try to understand it first, then we should extend the same courtesy to those who embrace CRT.

If we want to love our neighbors, it seems we ought to begin by reading their texts and aiming for clarity.

Second, Read Critical Race Theory Charitably. In my experience, there are many Christians who are quick to dismiss CRT as Marxist. Many others are quick to dismiss it as unbiblical. These criticisms may be true, but should we begin with a bent towards labelling and dismissing ideas different than our own? I suggest we read CRT more charitably.

In fact, I think Christians should wrestle with some important questions: Why do so many people find CRT valuable? Does CRT offer any helpful insights about race relations? What parts of CRT can Christians agree with, if any? Does CRT reveal any blind spots in our own thinking? Can we find common ground with proponents of CRT?

Proverbs 24:3 says, “By wisdom a house is built, and by understanding it is established.”

Third, Read Critical Race Theory Critically. Once you have read some original sources, and tried to understand it charitably, then you should engage CRT critically. Scripture certainly teaches us to be on the alert for false ideas.

Proverbs 14:15 says, “The simple believes everything, but the prudent gives thought to his steps.” As Christians, we must not take our cues from cultural movements but from Scripture. Our ultimate allegiance must be to God and His Word.

To be clear, I am deeply concerned with certain ideas that come from CRT and how they have infiltrated the thinking of many Christians, as I discuss in this episode of the Think Biblically podcast. But I have only come to these conclusions after first aiming to understand CRT clearly and charitably.

At this third stage, I recommend engaging material by Christian thinkers such as Neil Shenvi, who (in my opinion) is one of the best thinkers on this subject. His discussion with Rasool Berry on Unbelievable? is fantastic. And check out the upcoming book Confronting Injustice Without Compromising Truth by my Biola colleague Thaddeus Williams (I interviewed him here).

Rather than being reactive, let’s proactively engage CRT by reading it clearly, charitably and then critically.

Check out my latest book for students on love, sex, and relationships: Chasing Love: Love, Sex, and Relationships in A Confused Culture. Pre-order now and we will send you exclusive interviews with Richard Ross, founder of True Love Waits and Josh McDowell, founder of Why Wait?