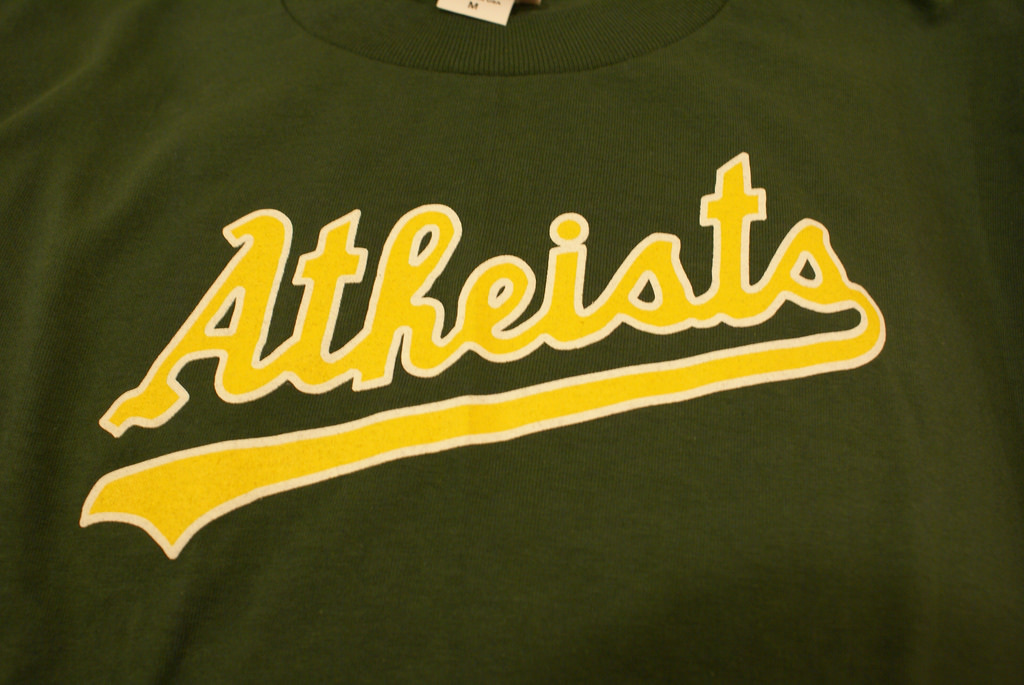 3 Church-Lessons from the "Friendly Atheist"

Last Friday night, I had a public dialogue with Hemant Mehta—the “Friendly Atheist.” He has a popular blog, YouTube channel, and podcast. The Conversation is already up on the Unbelievable? YouTube channel.

I was tempted to write a post in response to some of the topics that came up in our conversation. After all, we discussed the intersection of science and Christianity, whether atheists are motivated to believe in God because of a traumatic experience, the nature of faith, and so on.

But I think this post may be more interesting and productive. So, here are three takeaways for the church from my interaction with Hemant:

1. Love your kids, even if they disagree with you. Hemant and I both went through a period of doubt in our lives. I embraced the faith of my parents, whereas Hemant rejected the Jain faith his parents raised him with. As a result of our experiences, and our current professions, we both hear from kids who had bad experiences when they questioned the religion they were raised with.

In his book The Young Atheist’s Survival Guide, Hemant shares some heart-breaking stories of young atheists whose parents pushed them away, or threatened them, when they questioned their faith. He asks what would happen to all these young atheists if their parents said, “I may disagree with you, but I still love you”? Great question!

This is exactly what my father did with me when I doubted my faith. I knew he loved me, and accepted me, even if I had walked away. Like Hemant, I wish more Christian parents would do this with their kids.

2. Atheists Feel Under Attack by Religion. Some of you reading this might be thinking, “Wait a minute! Shouldn’t we be concerned with encroaching Secularism?” As someone who lives in California and has seen some remarkable bills aiming to advance a secular agenda, I definitely share that concern.

But can we try to be charitable and understand how many atheists see the world as well? In his Young Atheist’s Guide, Hemant gives examples of how he thinks religious teachings are pushed on atheist students in public schools. He believes Christianity receives preferential treatment that is “under the radar.”

Whether he is right or wrong is beside the point. The reality is that this is how many atheists feel. This is how they see the world. If we are going to love our neighbors, which (obviously) includes atheists, shouldn’t Christians lead by charitably trying to understand where they are coming from?

After all, it is possible to hold firm to convictions and be understanding of how others see the world.

3. Be willing to dialogue with opposing viewpoints. The conversation with Hemant was fun. It was really fun. The hour and a half flew by. But it was probably easier for me than him because it took place in a church full of Christians. Kudos to Hemant for accepting the invitation.

And kudos to Westside Church for hosting the event. In his book I Sold My Soul on eBay, Hemant encourages churches to hold dialogues on opposing viewpoints with equal representation. Why is this important? He writes, “Because it shows outsiders that Christians are confident in their beliefs, so much so that they’re willing to present their teachings in a setting where the other side of the argument is also presented.” Yes, Yes, YES!

I wish more churches would host dialogues of this sort on issues as controversial as race, politics, and sexuality. I recently had a public dialogue with Matthew Vines on the Bible and homosexuality. It was fantastic. The church saw vigorous disagreement, but charitable engagement. Shouldn’t the church be the place where we model gracious dialogue? As Hemant asks—What are we afraid of?